As has become custom, I’m late with my year end wrap-up this year – but not as late as I was last year, so there’s that.

As always, these are the moments – significant or mostly not – that characterized my year personally. So not much about work, and as little as possible about airports. Before we get to the pictures, however, a quick check-in on travel.

While it had some brutal stretches, travel was much more manageable this year. After ballooning in 2018, my travel came back down to a more or less manageable level – even with some unanticipated personal travel thrown in.

Notably for me, this was the first year since it was introduced that I did not qualify for JetBlue’s Mosaic program, as 2019 marked my first full year flying Delta. With the exception of a single New York to Portland segment after a Delta flight got cancelled, I didn’t fly JetBlue at all.

Delta, meanwhile, has been something of a revelation. I actually get upgraded to First Class now, for one, and every so often the cost to upgrade to one of those seats is reasonable enough that I can justify it. Throw in the lounge access – including showers for post red-eye flights – and the jump to Delta has been a huge improvement in my overall travel comfort. Big thanks to Kate who was the one who actually kicked me to do it.

In the meantime, a few other tidbits courtesy of and Openflights.org.

Spent New Year’s morning helping my brother-in-law cut up a tree that fell on and crushed his car. The good news is that it was overnight and no one was hurt. The bad news is that the tree fell in several inches of ice cold slush.

In London for the Monki Gras, learned to my surprise that the other investor in Mikkeller London is…well, I’m never gonna give that up.

James continues to reset the bar every year. Biggest thing the Monktoberfest stole from its sister show this year was closed captioning.

You know you’re in trouble when you’re getting ready for a talk – or in this case a panel with the IBM CEO, hence the abnormal attention to my appearance – and the makeup person looks at the scar on your nose and says “oh…oh no.” Ten minutes later and they made me as pretty as I was ever going to be.

The Red Sox were back and someone was excited.

Speaking of being excited, we ended up at the 21st Amendment in Boston due to every other restaurant laughing at us for not having reservations during Restaurant Week.

It is really weird to take your kid to a bar you used to close down regularly with your friends in your twenties. Cool, but like, really weird. Twenty something sog would not have expected this development.

Went to Memphis for the first time for a Bachelor’s Party, and it’s a fun town. I could never spend much time here or the food would kill me, but it’s got a bit of a New Orleans vibe to it and the first place we went to randomly had goats walking up a jungle gym.

A famous San Franciscan establishment in RedMonk lore, I hadn’t been back here in years. It’s changed, but still a quality venue.

Was crushed to see Notre Dame – easily the most impressive human construction I have ever seen in person – nearly burn down. 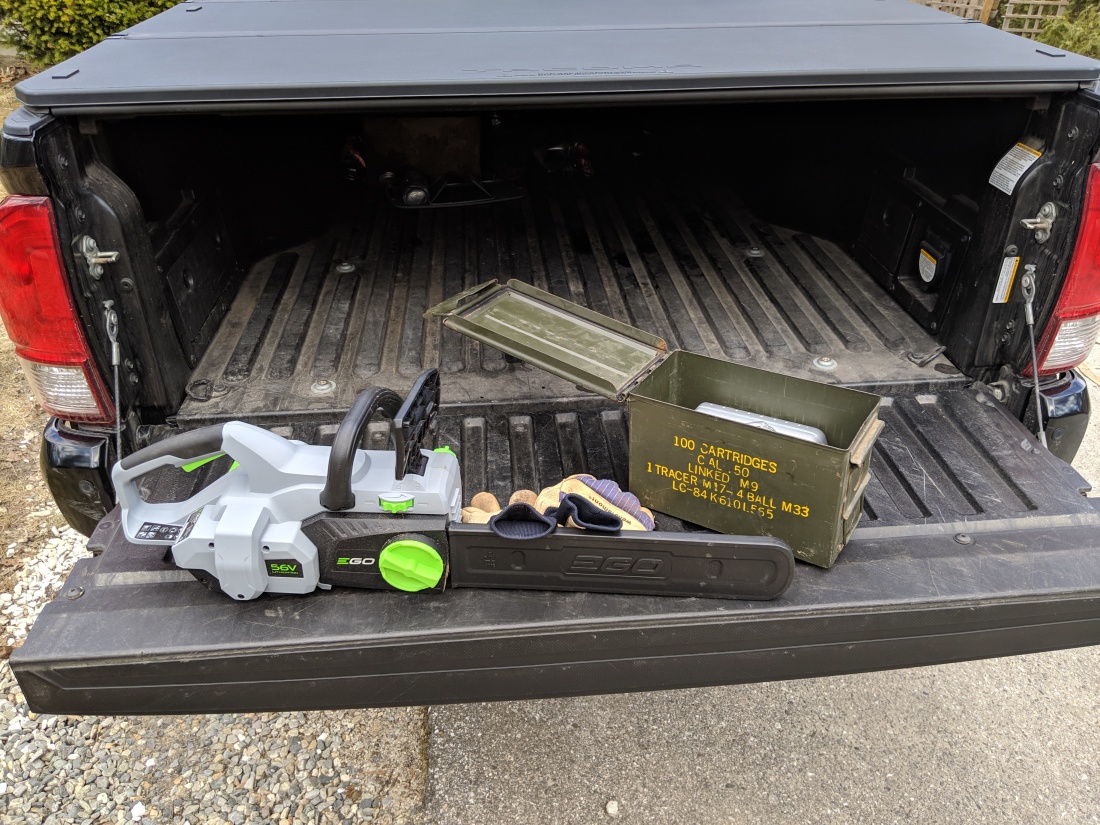 Finally bit the bullet and got a battery powered chainsaw. You can read the review at the link, but the short version is that it’s great. 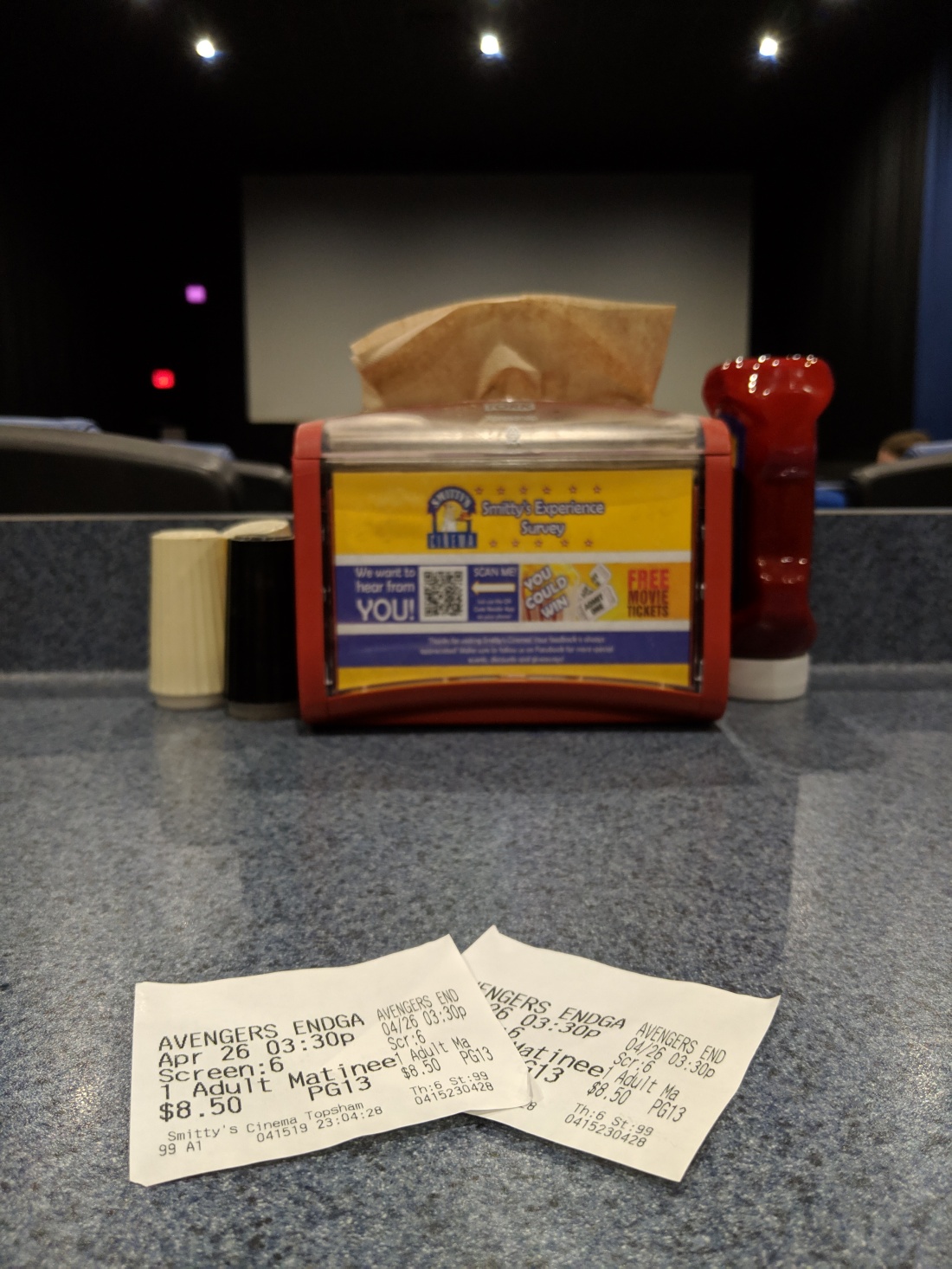 Took Kate to see the Avengers:Endgame for her birthday, and while it’s no Alamo Drafthouse, you can get a beer – or cocktail, in her case – while you watch. Totally worth it for the Captain America scene alone.

Didn’t manage to get down to the Sangre de Cristo’s this trip, but always good to see the BFF.

Said friend got married in a beautiful spot up the coast, and thanks to me it was raining. Sorry buddy. 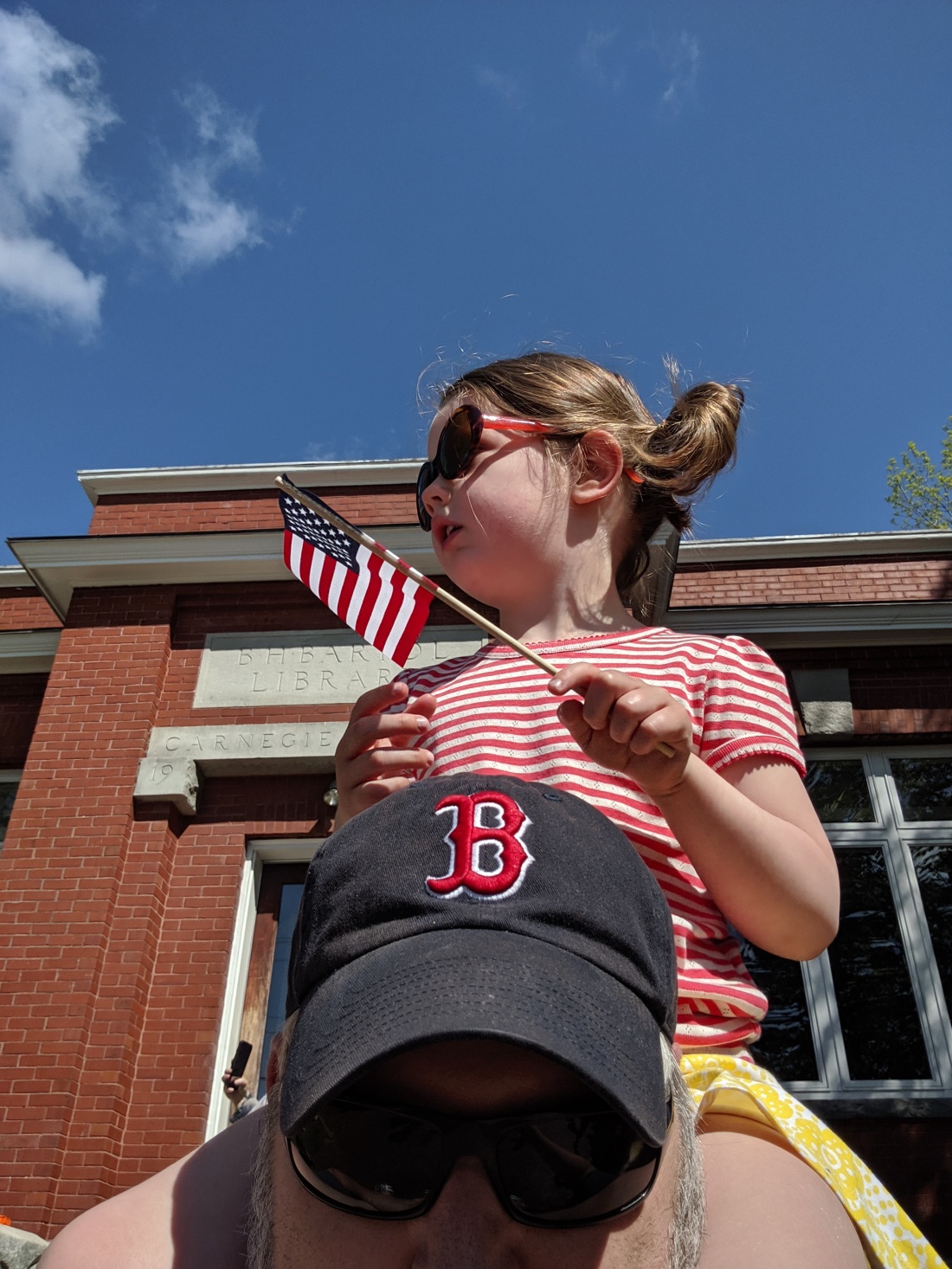 Lot of firsts this year, including the first Memorial Day parade. 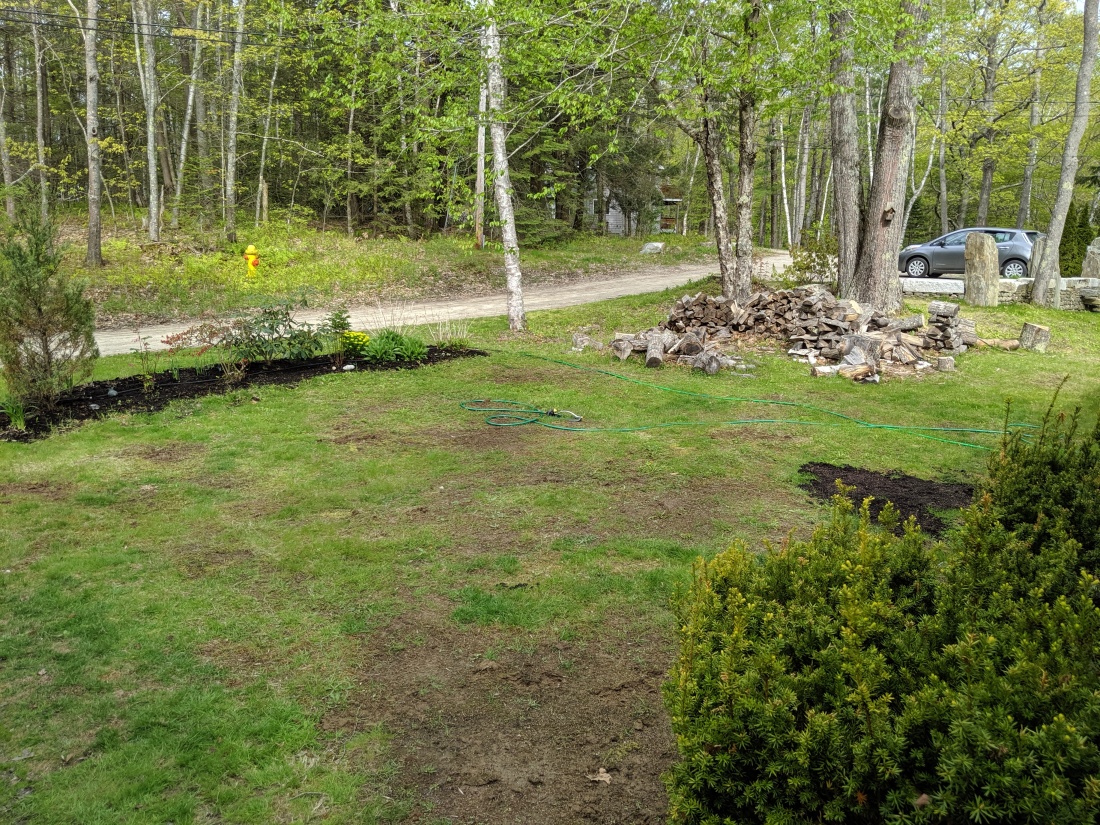 After years of neglect due to having a tiny human to care for, we finally bit the bullet and tore up our sad, tired lawn and put down seed. 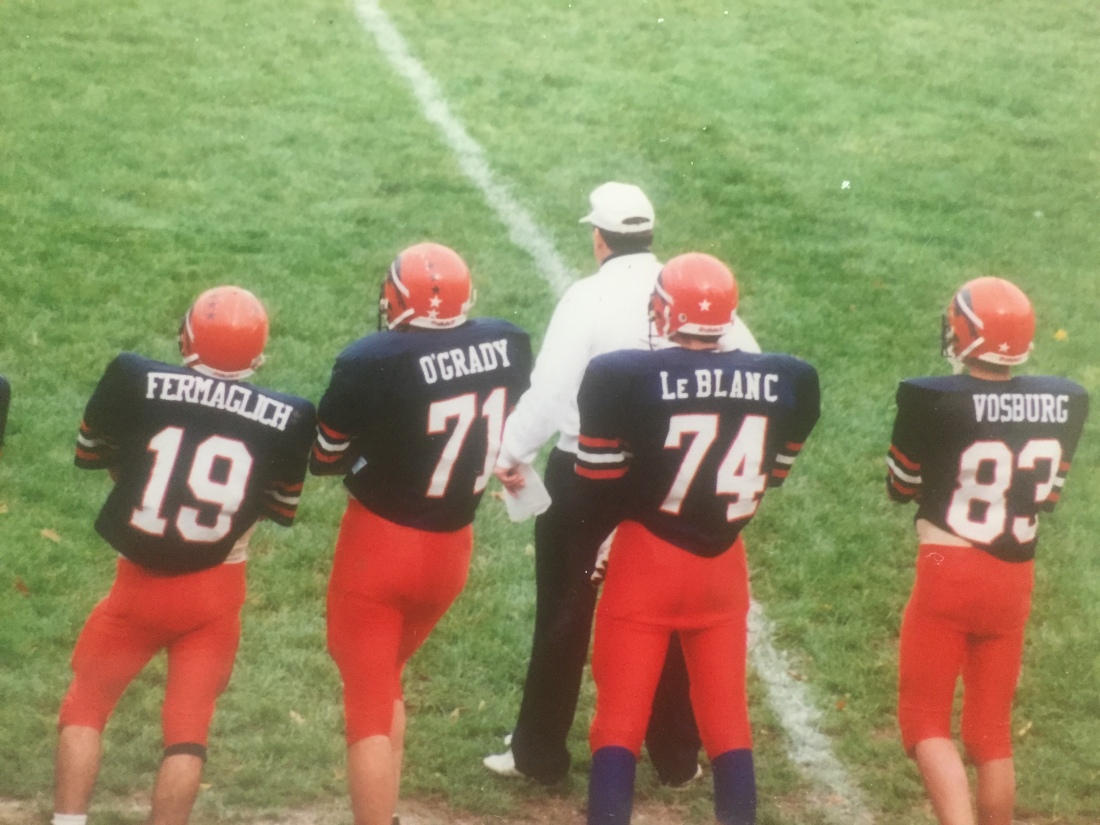 With the exception of my parents and grandparents, no one ever had more influence on who I am today than my coach. He died on June 3rd, and he is missed. 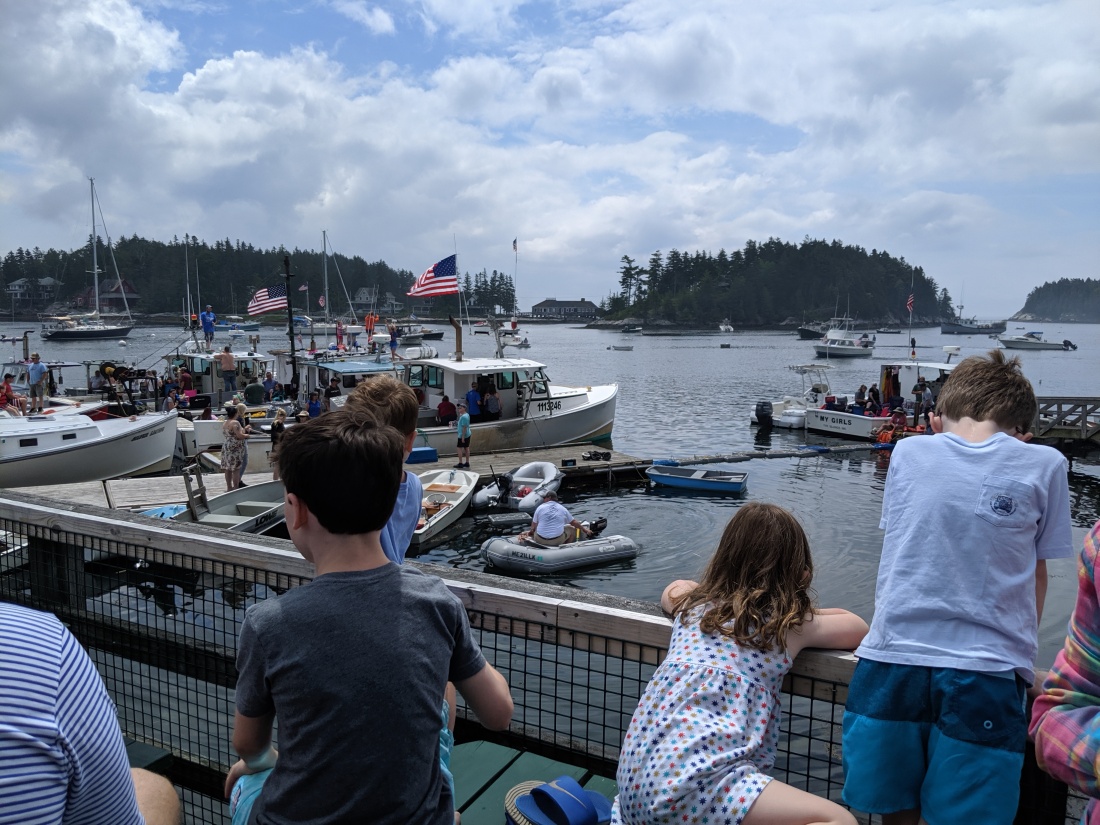 We managed to a) get to the Blessing of the Fleet and b) keep the various cousins from tumbling into the water and c) race back to the cars seconds before a massive thunderstorm rolled in.

Lawns get better if you pay attention to them, it turns out.

Nothing better than a secret, locals only beach.

Got a new truck, one with a removable roof and doors that can come off and actually be put back on. More on that here.

This vacation week in this place is what gets me through the year. And yes, that unicorn is exactly as comically oversized as it looks. 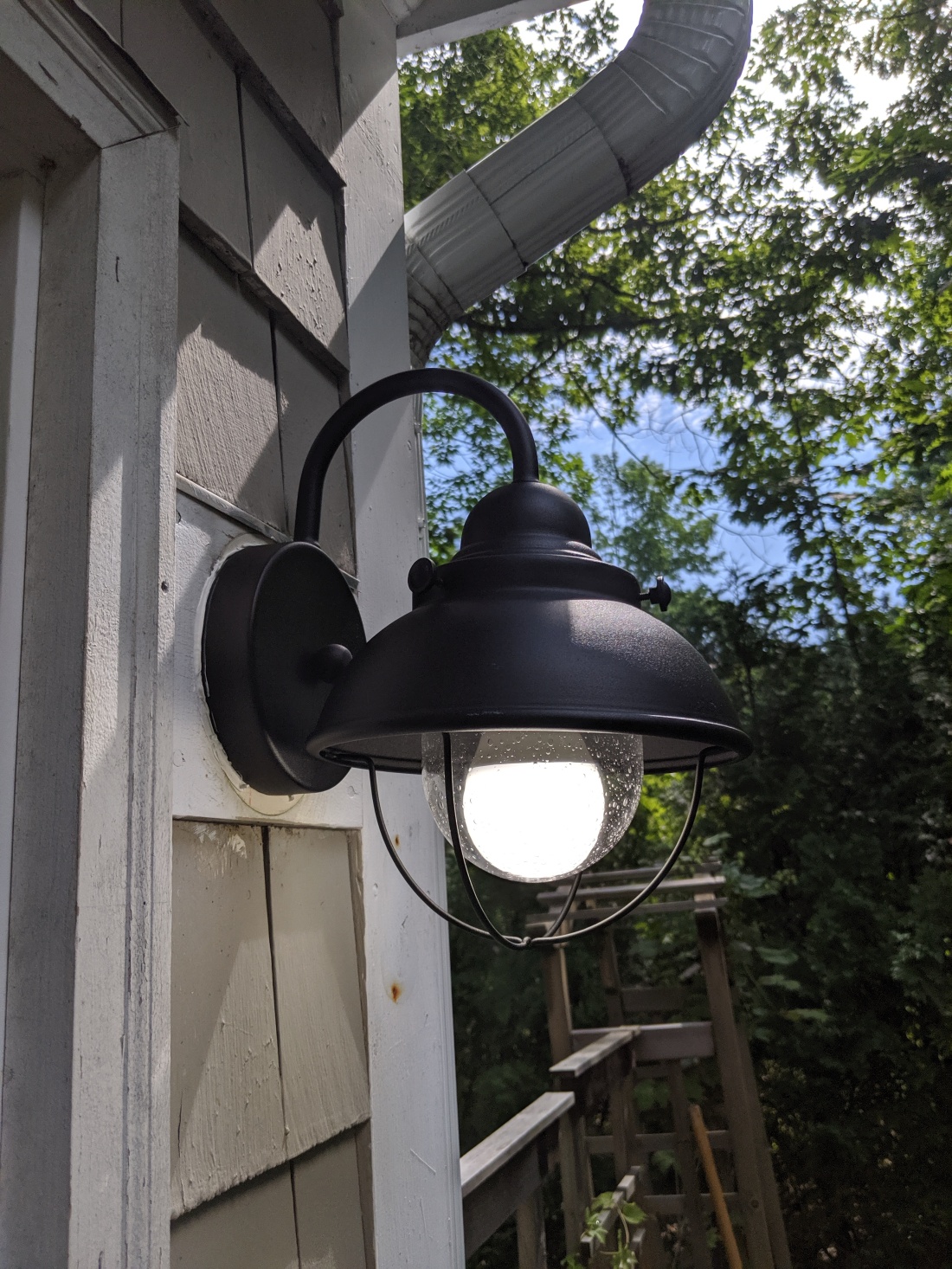 Vacation isn’t just waterfalls. It’s putting in new entry lights and trying not to get electrocuted.

Vacation is also tearing apart your stove to replace the igniter without getting electrocuted or blowing up the house. So far, so good.

First ride on the ride on with my Dad. 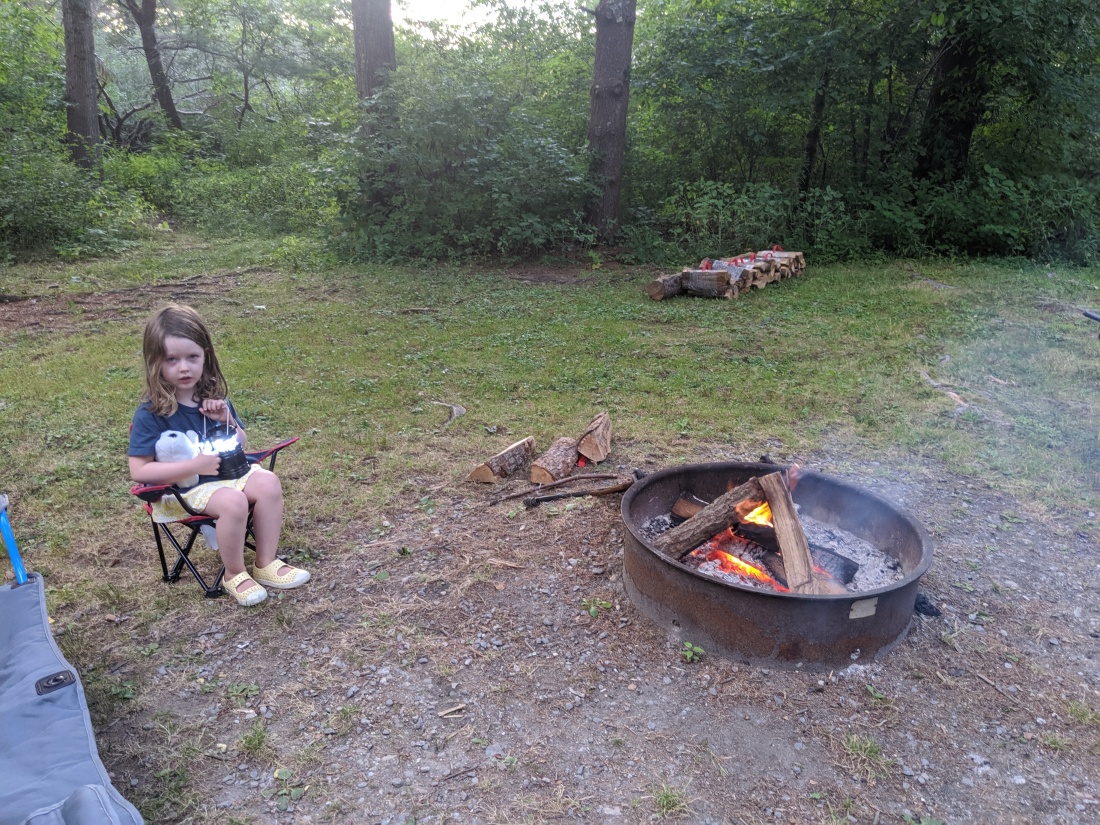 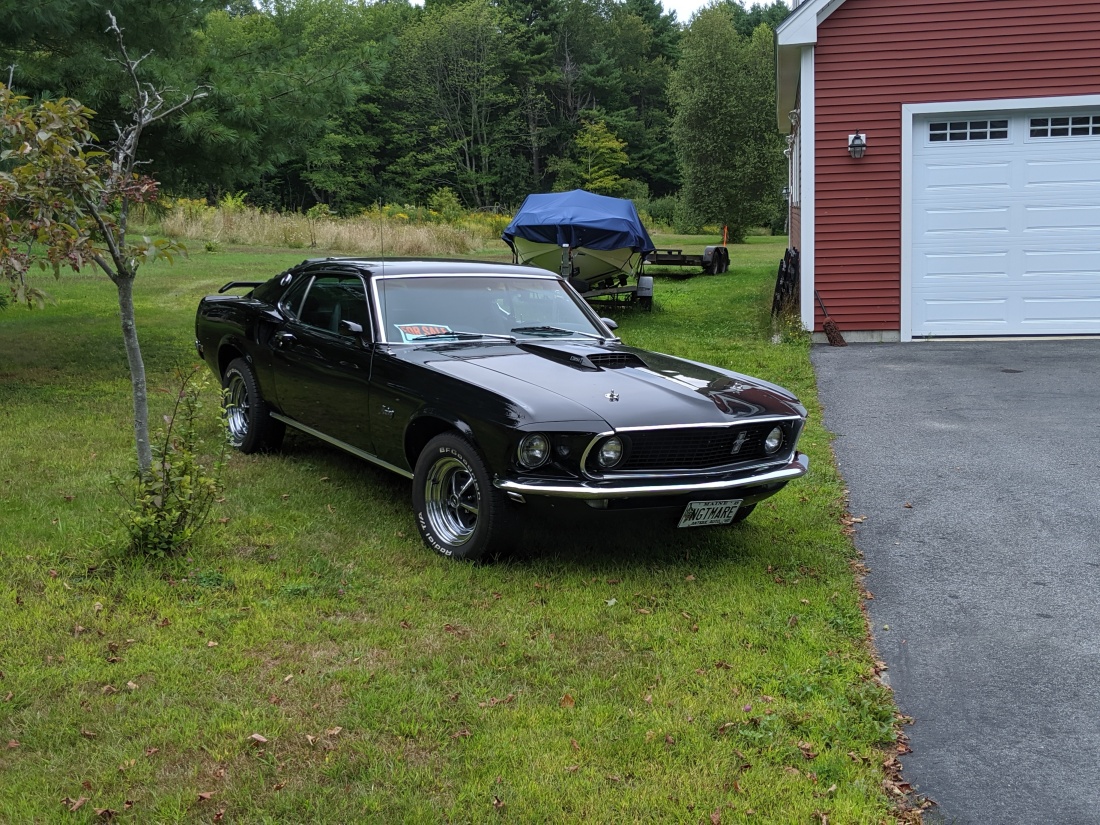 This was for sale literally on my way to daycare, and I neither bought it nor stole it. Somehow.

On behalf of four generations of Kate’s family, I said goodbye to a beloved Boston institution closing its doors.

En route to Vermont for Monktoberfest related activities, stopped by another institution. 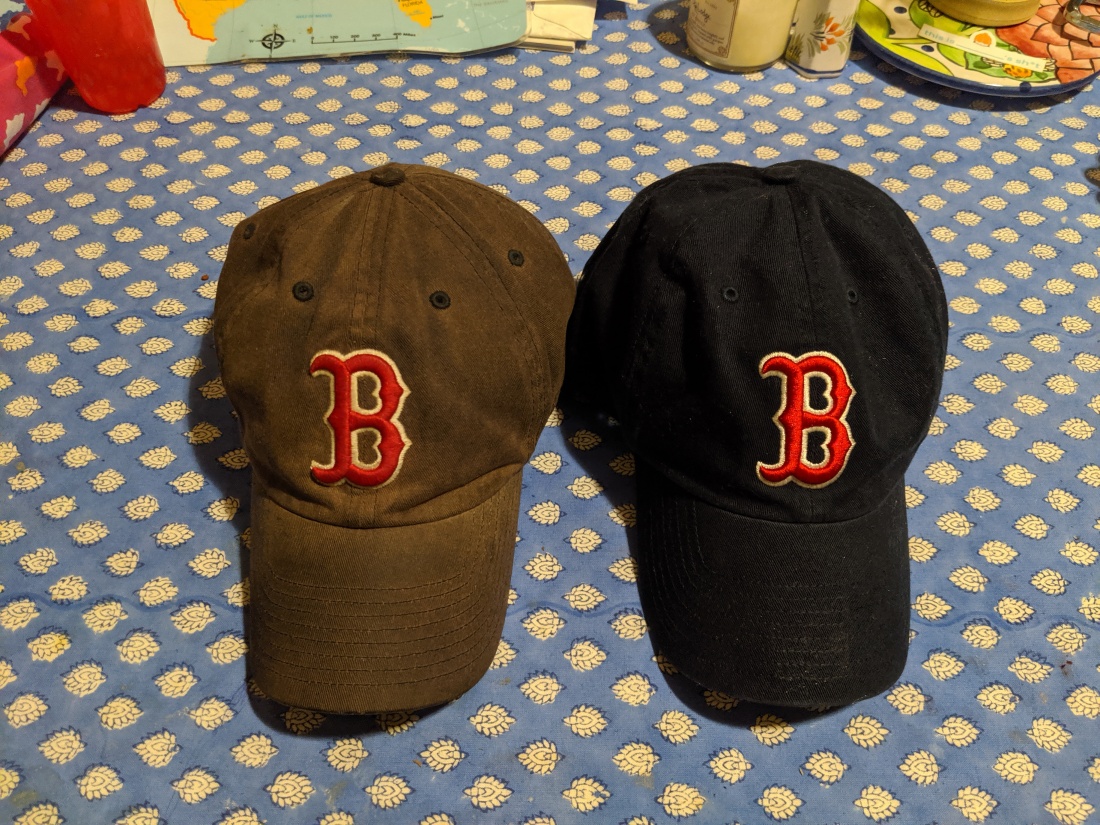 It was time, at least according to the friend who called the old hat “gross.” 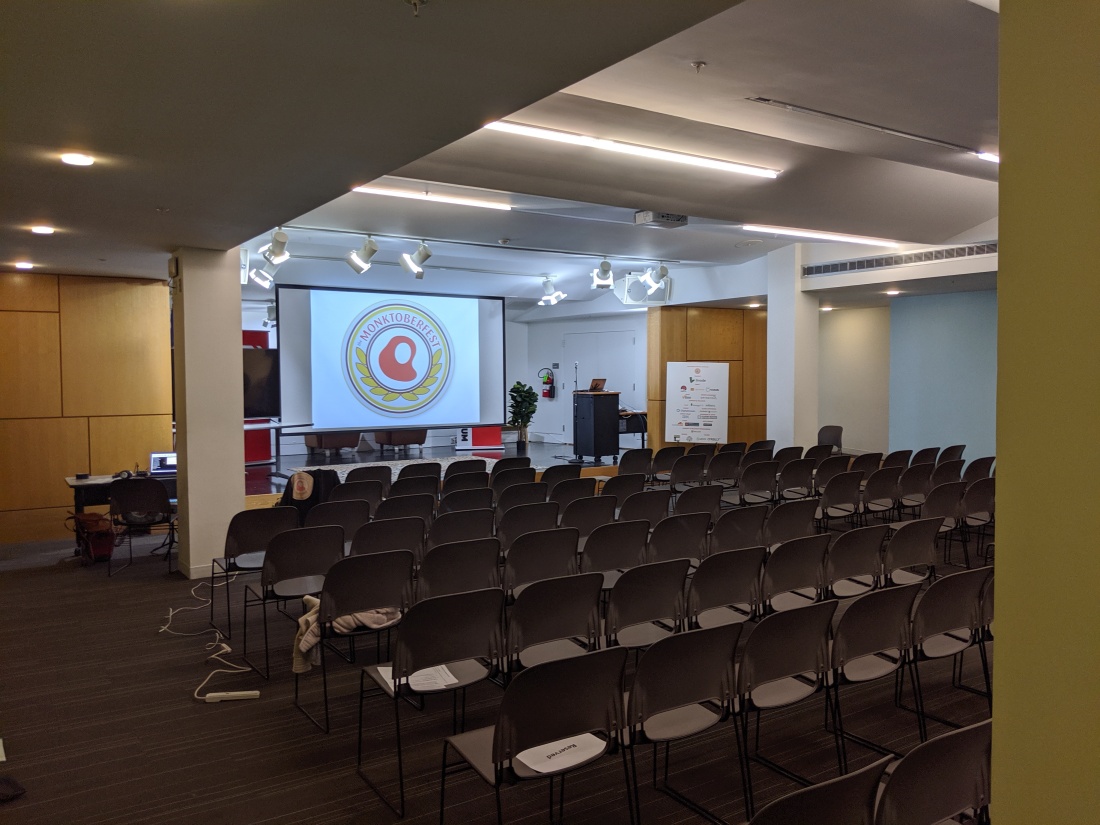 Survived this, once again.

Said goodbye to a beloved aunt. Marcia, you are missed. 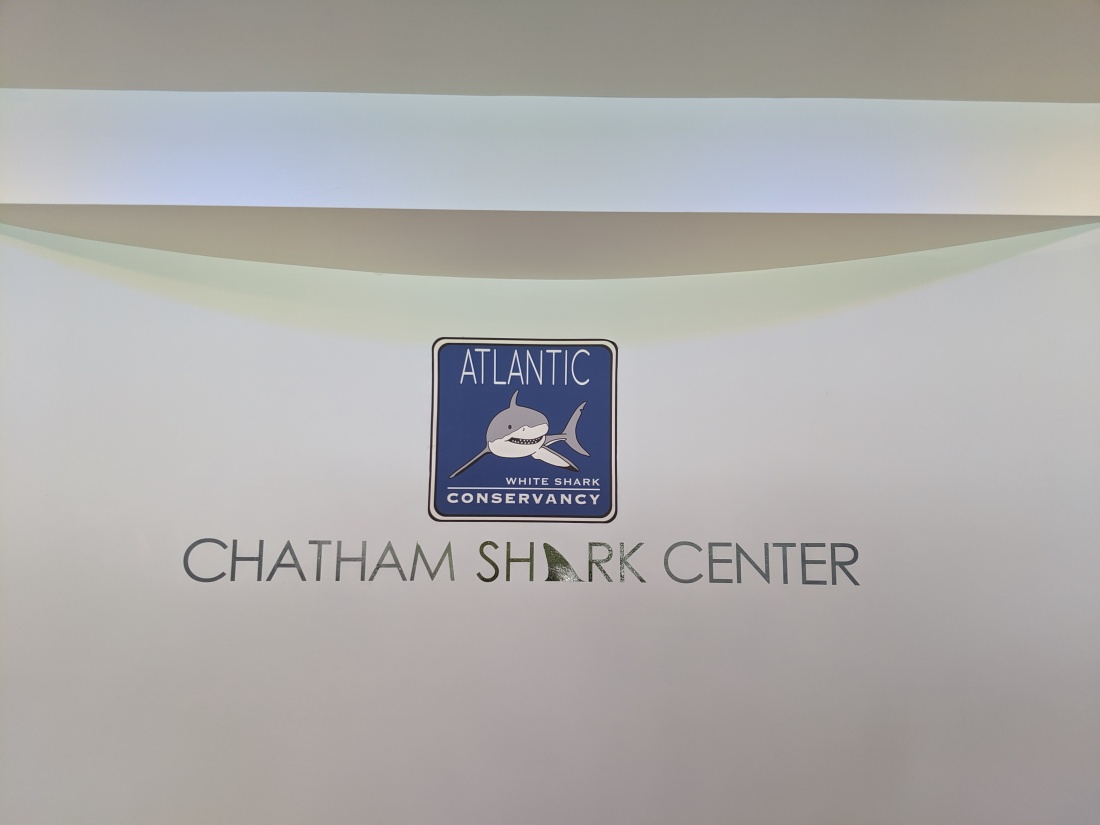 I would have killed for something like this as a kid when I spent weeks on the Cape, but better late than never.

Big storm, power goes out, generator kicks on, all is well. Until 5ish because, as it turns out, we were out of propane. Because the folks responsible for auto-filling our propane tanks hadn’t filled our propane tanks in a year. “Yeah, I know it’s late, but we’re going to need you get over here with some fuel.”

Puffin randomly flew into our house, thanks to Kate’s handiwork.

Opened my wallet at the store and was very confused to find none of my cards.

“Did you take daddy’s credit cards?”
“Yes! I put them in here because they were tired.”

In here = the paper drawer in the printer. Could be worse, I guess: she could know how to use them. 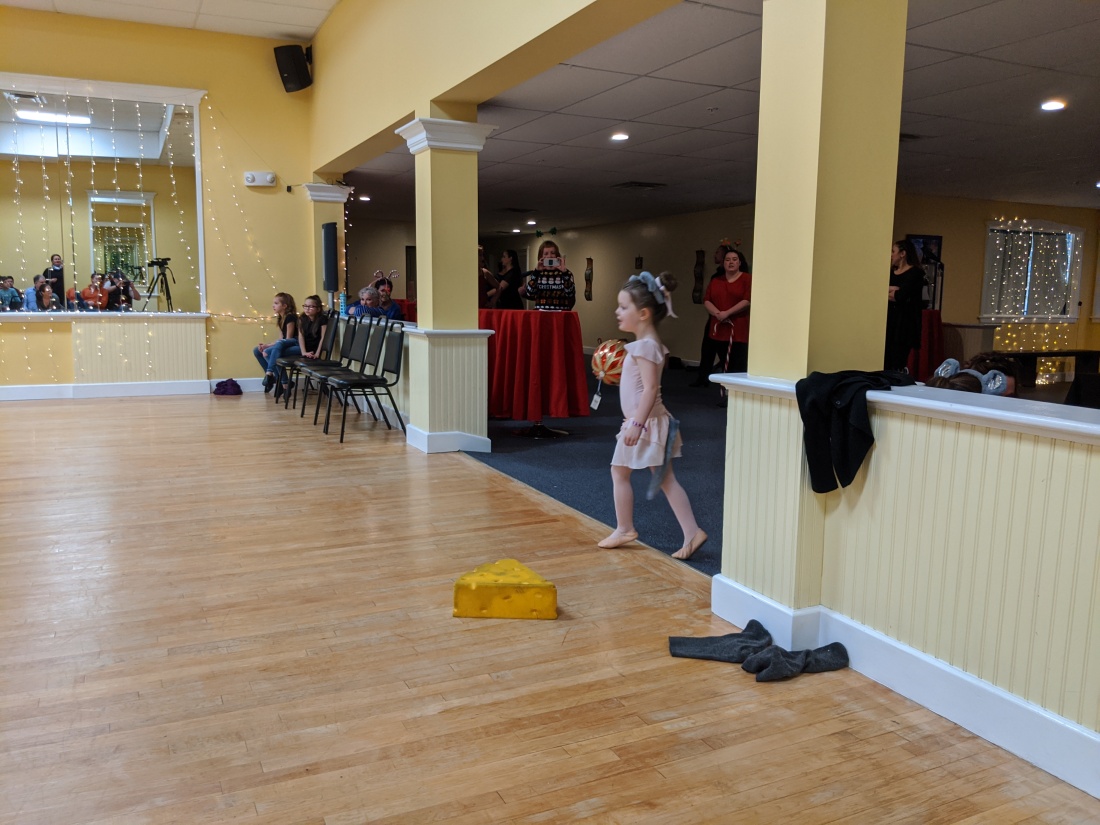 First ballet recital went great until she tried to take off her leotard “because it was itchy” and almost pulled down the Christmas lights of the set.

There was a viral video going around this year about how to wrap your presents diagonally.

Do not believe it. Do not trust it.

This is how you do Christmas morning correctly. 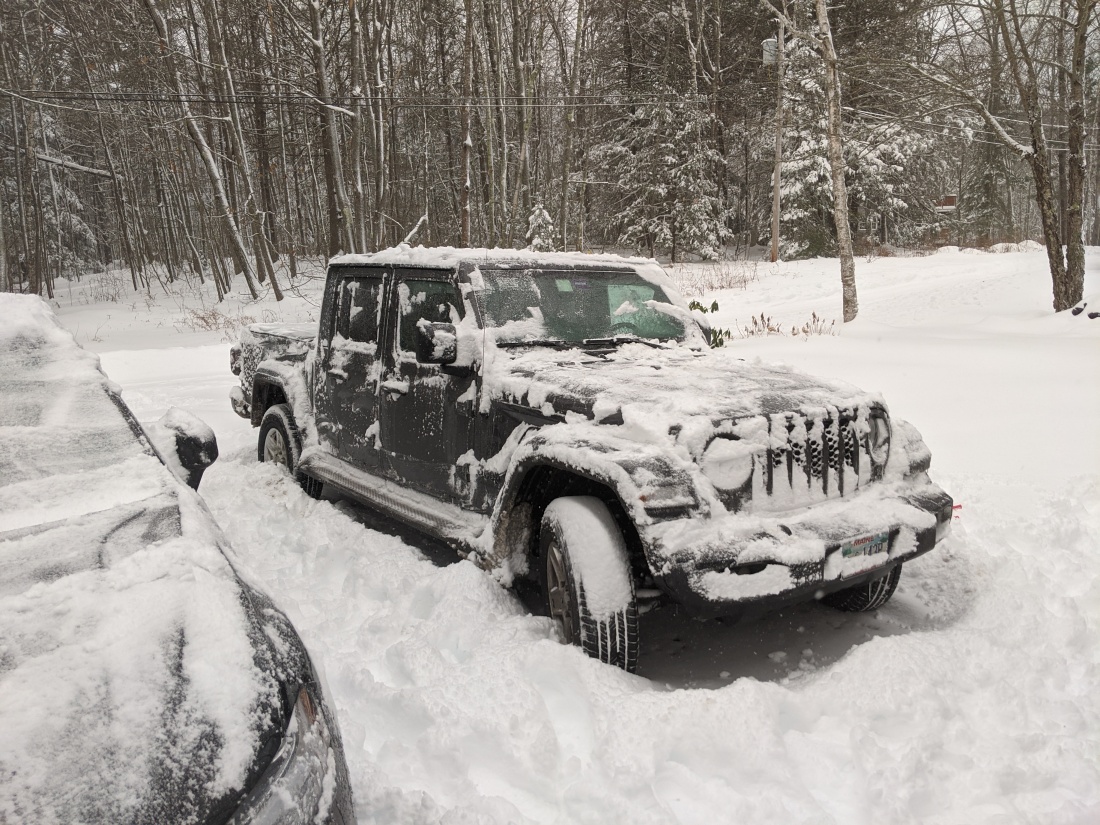 “It’ll mostly be rain on the coast” apparently translates to a foot of snow.