As I’ve fallen into the habit of doing, it’s time to wrap up the year with a pictures post. This is where I walk through the events of the calendar year via pictures along with the occasional tweet or screenshot. I write less words that way, which is less words for you to read. Everybody wins.

Every year has its ups and downs, but the peak was considerably higher this year than in years past. Unfortunately, however, the valleys were commensurately lower. As is the practice in my family, however, you take the bad with the good and make the best of what you’re given. Anything else is a waste of time.

Now before we get to the pictures, a quick look at some of the data that describes my 2015.

2015 was an improvement travel-wise. I still traveled more than I’d like to (i.e. basically not at all). But my mileage was down over 13K from the year prior, my status-match fueled affair with Virgin America actually saw me get a few cost effective upgrades to first class for red eyes and I finally got around to getting an AMEX Platinum card – which was worth the price for the automatic Starwood Gold and 4 PM checkouts alone. With circumstances changed at home – we’ll get to that shortly – I’ll be more strict about travel in the year ahead, so we’ll see how that goes.

In the meantime, a few other tidbits courtesy of Cemre’s TripIt Year in Review tool and Openflights.org. 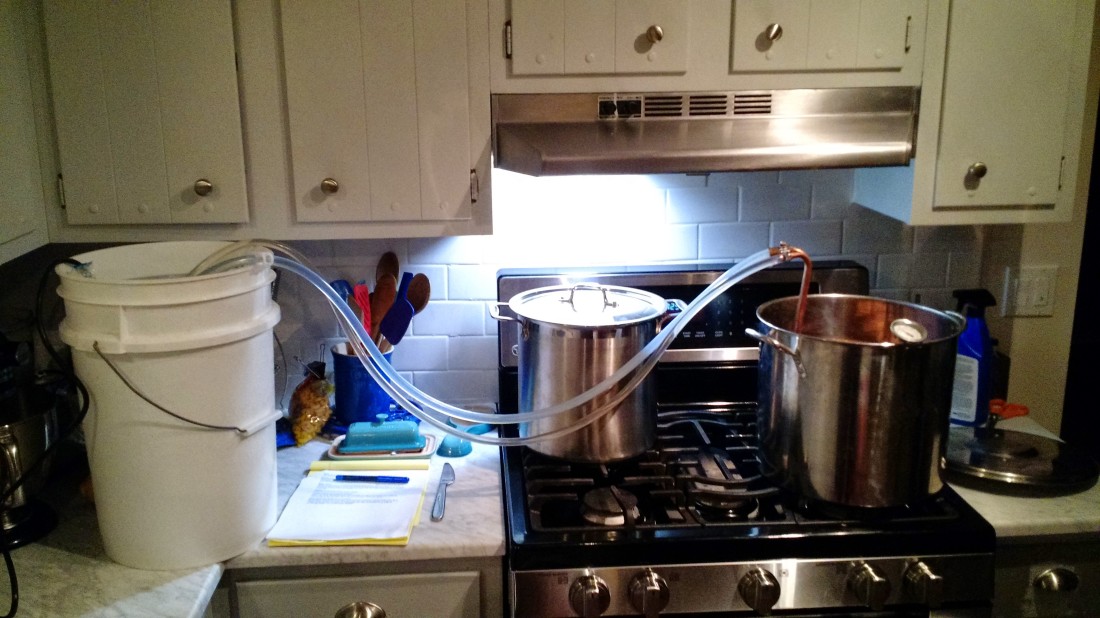 Kate and I brewed our first beer of the year, a Heady Topper clone. It wasn’t Heady Topper, but even fake Heady Topper is delicious. Plus the dry hopping made the house smell amazing.

Finally got frustrated enough with my tool situation to go out and get pegboard and start hanging everything up. Still not finished, but it worked well enough that I’ve looked up how to do this on concrete walls for my Dad’s basement.

Got a bit of snow, which meant we were not flying to London.

Flew to London, just in time for the Monki Gras. As always, amazing. 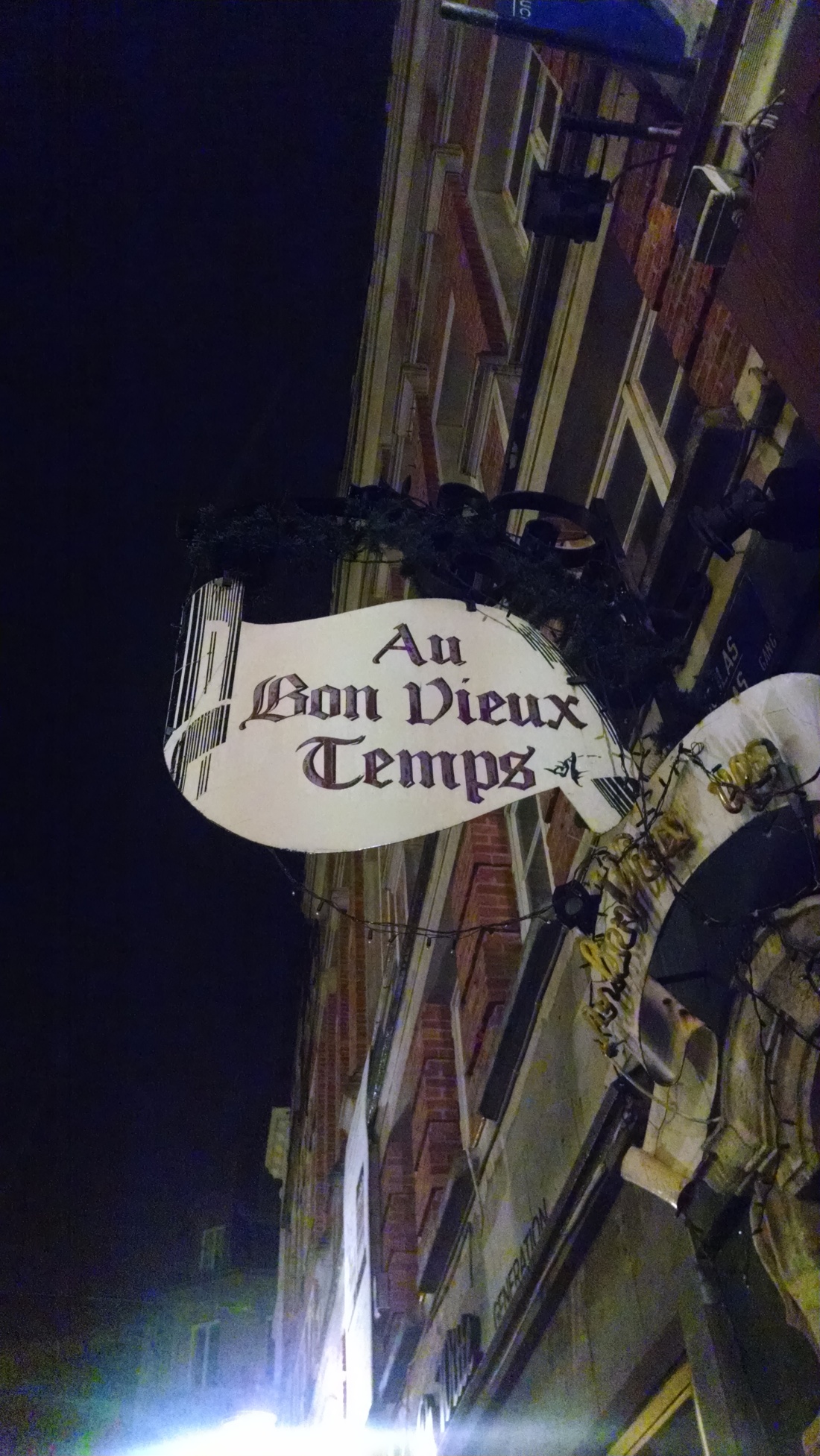 Never miss a chance to visit Au Bon Vieux Temps. Won’t be there this year, unfortunately, but given the reason, I’m ok with it.

Kate and I had both been to Ireland, but never together. Fixed that.

this was our driveway when we got back from europe late last thursday. will be much worse by sunday, sounds like: pic.twitter.com/9unlET9zAV

When we got home from our flight around 10 PM that night, our driveway was covered in multiple feet of snow. So after getting off a transatlantic flight, I had to dig out enough space to get our cars off the road and then get up the next morning and finish the job. Decided that I’d prefer not to repeat this and started looking at snowblowers. 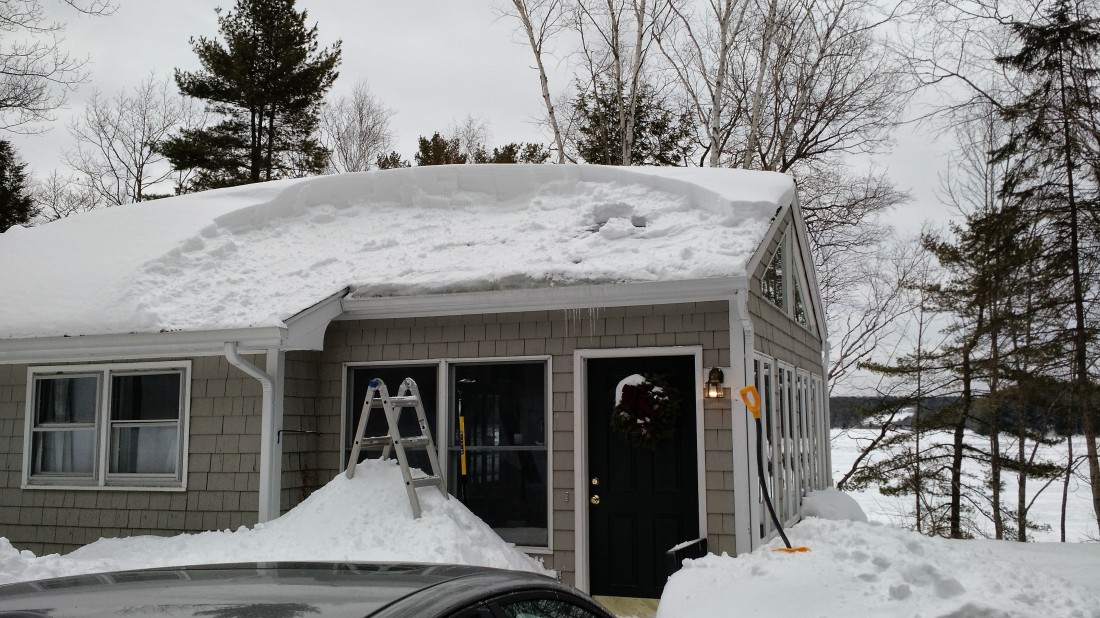 For the first time in my life, we had so much snow that we had to rake off our roof for fear of it collapsing. I wasn’t alone – the snow rake I bought from Home Depot was the last one in stock.

bad news is the bedroom is now effectively a cave. good news is that i no longer need a ladder to clear the roof: pic.twitter.com/H9dFBho6Ub

Remember how the snow was so bad I had to rake our roof off? It got worse.

This was looking straight out of the bedroom window. On the positive side, the bedroom stayed very dark during the day which made for good napping. 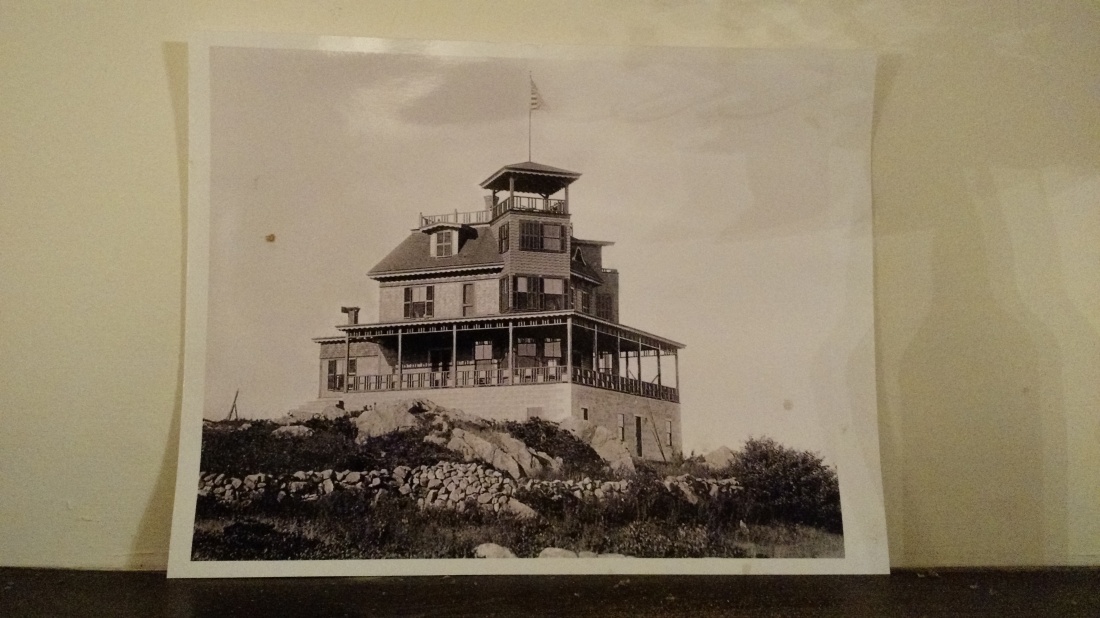 The Rockport House, where I spent many happy summers and which had been in my Dad’s family for over a hundred years, was sold. 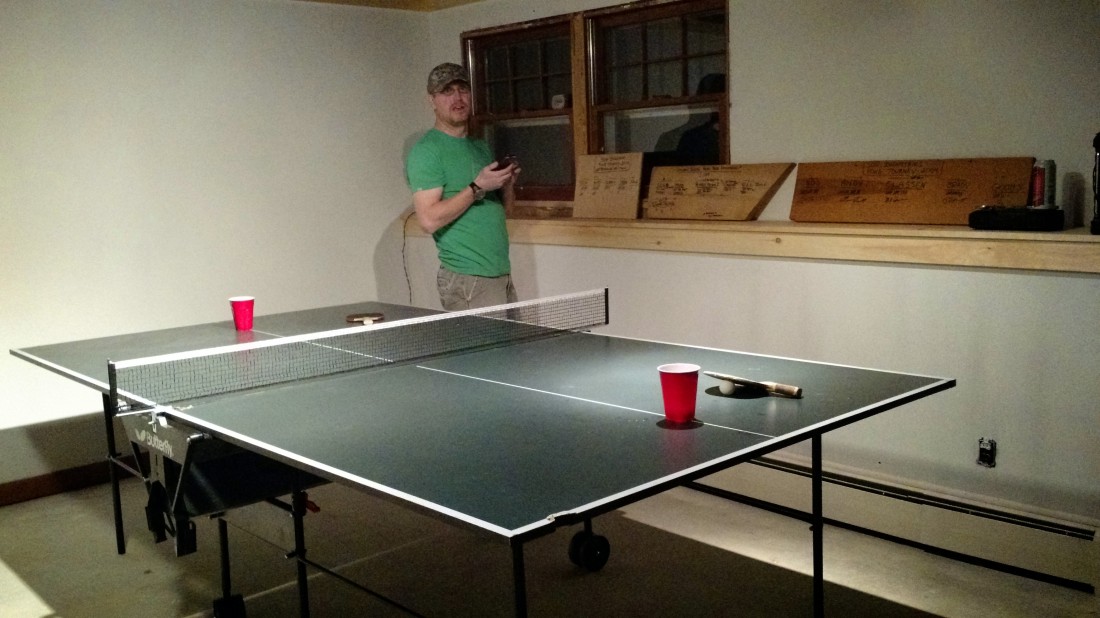 My best friend flew in from Denver for my 40th birthday.

Not shockingly, he was delayed.

My brother drove five hours to be there as well.

Some randos showed up too.

What followed was absolutely insane. Kate rented a small bus, crammed all of us in it, and we were driven from brewery to distillery to brewery for tours and fine libations.

When we got back to the house, the big reveal was a custom built bar made from reclaimed wood, fully stocked with a little help from our friends.

Made it through one more offseason. 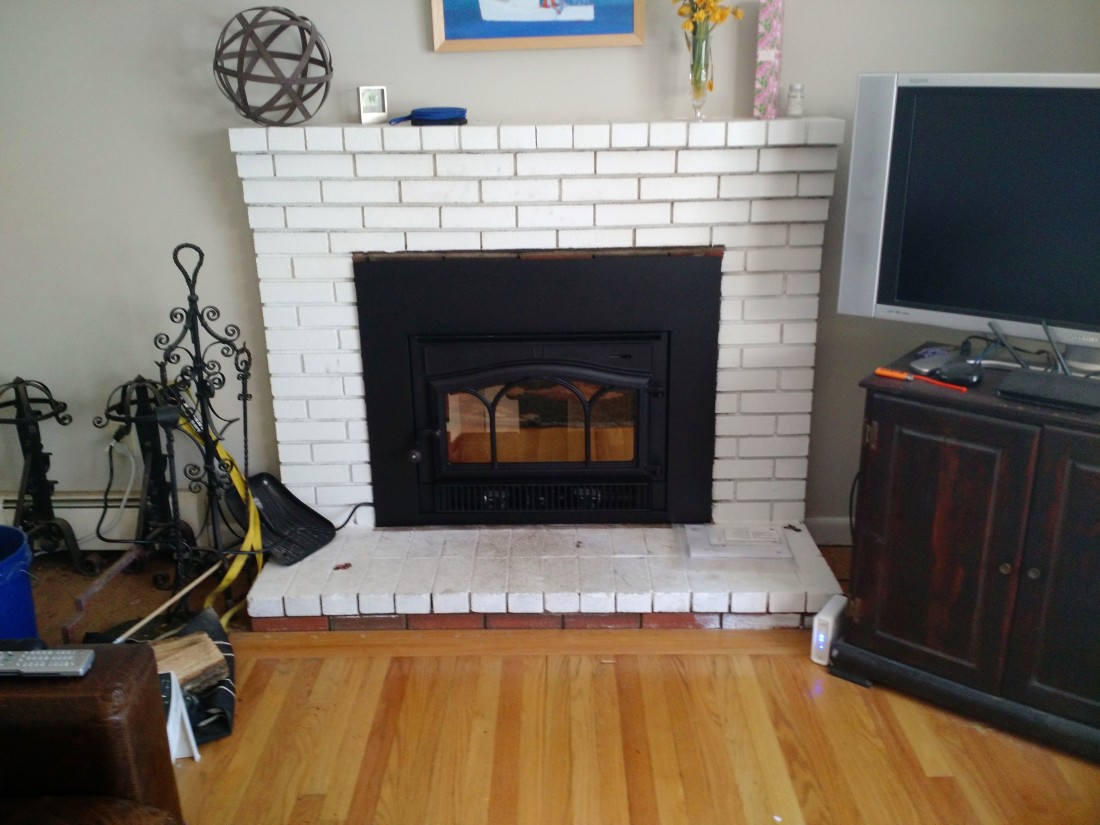 Already panicked about what to get Kate for her birthday, Rachel blew me out of the water before I knew what had happened. 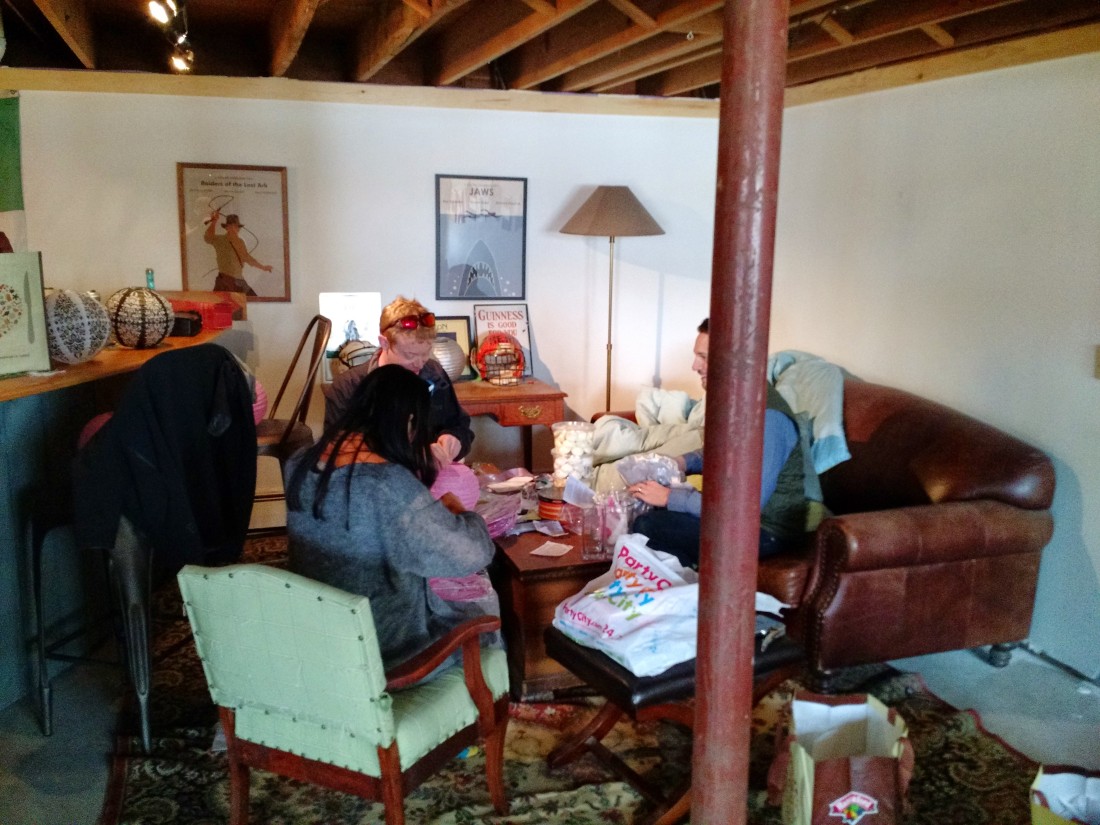 Because I’m incompetent, friends helped me prepare for Kate’s bday.

With Kate off alcohol for the best reason there is, Ryan and I went to the Allagash / Cantillon / Russian River event at Allagash. It was easily the best beer event I’ve been to.

Had never been to Vancouver. Once there, my only question was: why? Every tech event that will fit in their conference center should be in Vancouver. Gorgeous city.

My second book, The Software Paradox, was published by O’Reilly. 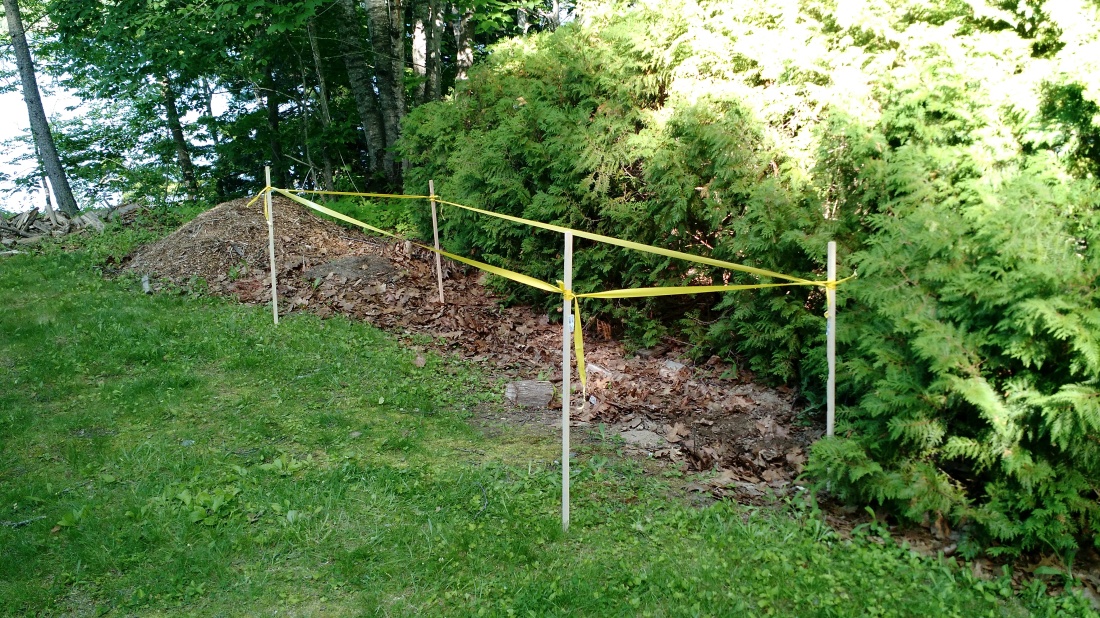 With wood playing a more primary role in our winter heating plans, started construction on a woodshed.

Scratched “watch game from the Green Monster and a private box at Fenway” off the bucket list. 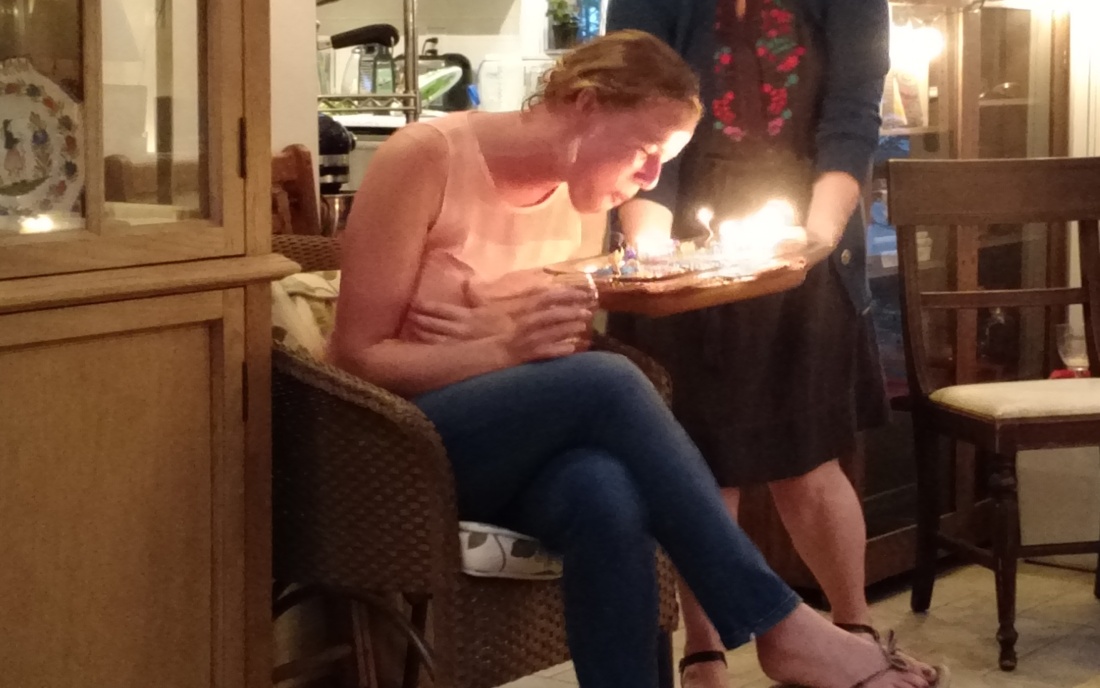 One of our favorite people in the world was in town for her birthday.

My best friend’s dog Floyd – who once was flown to LA to be on Pet Stars, hosted by Mario Lopez, where he (playfully) mauled Joan Rivers’ daughter – passed away. People who don’t have pets might not understand it, but this was devastating. He was not my dog, but I had known Floyd since he was a puppy.

I’d been all over Colorado with him, and remember him long before he was the biggest lab I’ve ever seen. My friend and I used to drive up into the mountains with Floyd, and along the way he’d take turns trying to lie on top of us as if we were mattresses. Once we got there, he’d be diving through snow drifts like a porpoise. He always slept very well up there.

It was time, and he had a great life, but that didn’t make it any easier. RIP Floyd.

Woodshed was both finished and loaded.

The best part of the project was using chisels that had been polished smooth by my grandfather before me.

I really don’t mind staycations at our house.

Made the annual pilgrimage to Houston Brook Falls.

Kate and I rented a little place on the water up north for a week. Quiet, beautiful and local(ish). Perfect. 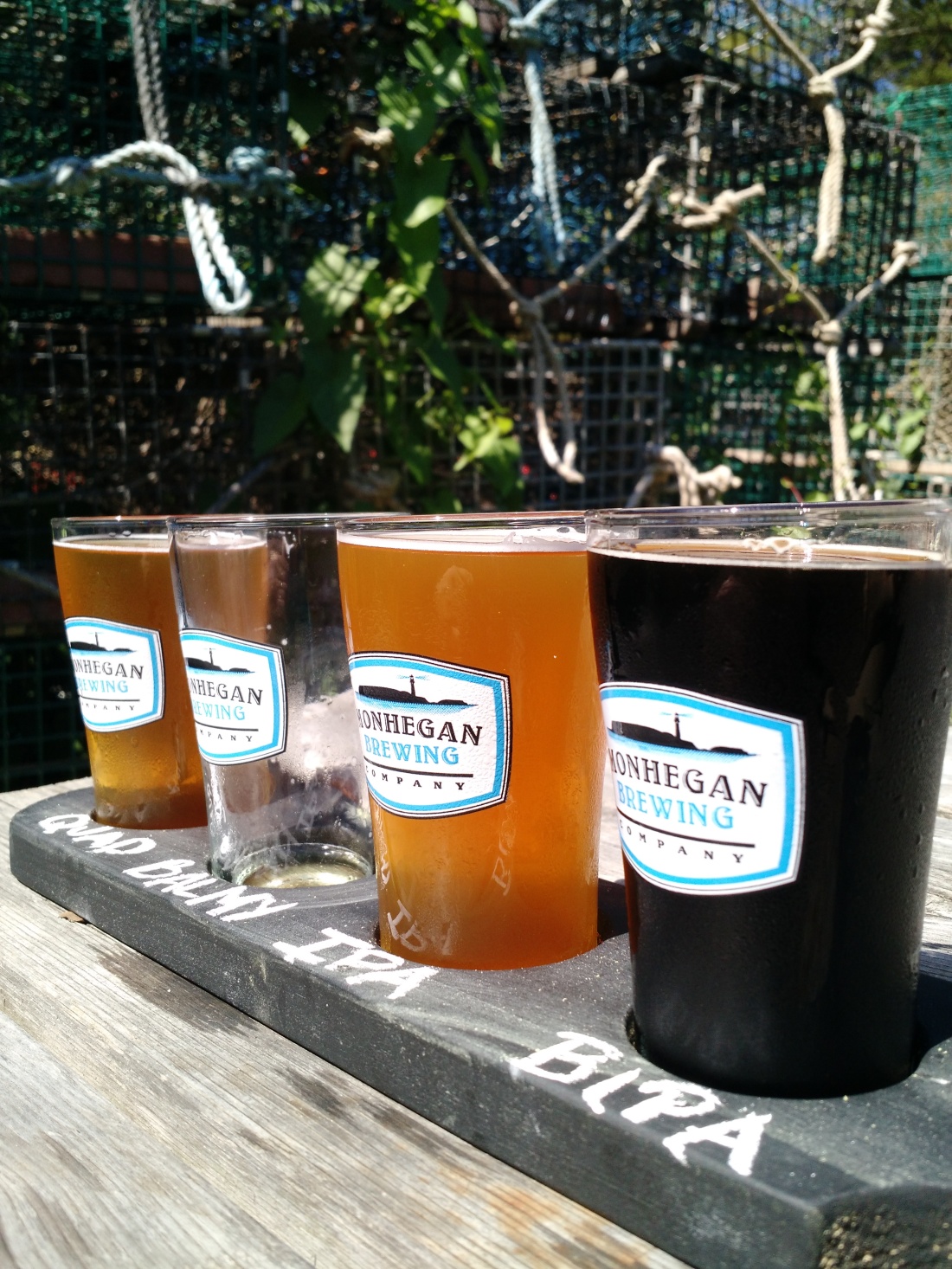 Made the annual pilgrimage to Monhegan Island (and the now annual visit to the Monhegan Brewery).

Camping with friends. Having learned from last time, we didn’t try and hike a jockey box, ice and keg in a half mile.

Yet another birthday celebrated at the O’Grady Compound.

absolutely crushed at the announcement of @alexkingorg's passing. crushed. he was a great and influential developer, but a better friend.

As many of you already know, my friend Alex King passed away after a battle with cancer. I was able to visit him a few weeks before, and we got to sit and watch baseball. Red Sox/Yankees, even. I got to tell him in person that Kate was pregnant, and to pick his brain on what it’s like being the father of a daughter.

He was still fighting when last I saw him.

I got the news via a personal Slack instance that we were all on together. I was coming out of the South Portland post office on a pre-Monktoberfest errand. I typed “oh god,” then sat silent in my car for a while. I called Kate, but couldn’t really talk. I was no better a few days later at the Monktoberfest.

To be honest, I’m not much better now. Pretty much every day I read something about technology, baseball or half a dozen other things and think, “I have to ping Alex.” I remember a second too late. I know from experience that this will get less difficult. But not soon.

Alex was my friend, and he is missed.

Remember when I said I didn’t care to repeat last winter’s experience?

One of my favorite events every year. Great beer, great setting. It’s good to be outside on a gorgeous Fall day drinking something nice.

With our new arrival looming, snuck in a last minute visit with my best friend. First task was getting Kate situated in her hospital room.

Stupidly rushing because I was splitting my time between home and the hospital, I almost put the router I was using to mortice the hinges on the door to the baby’s room through my palm. Instead, I caught it in time, disaster was averted and the nursery was now an actual room with a door.

That time we had Thanksgiving at the hospital. That’s Allagash Tiarna, in case anyone’s curious.

The morning of our big day. 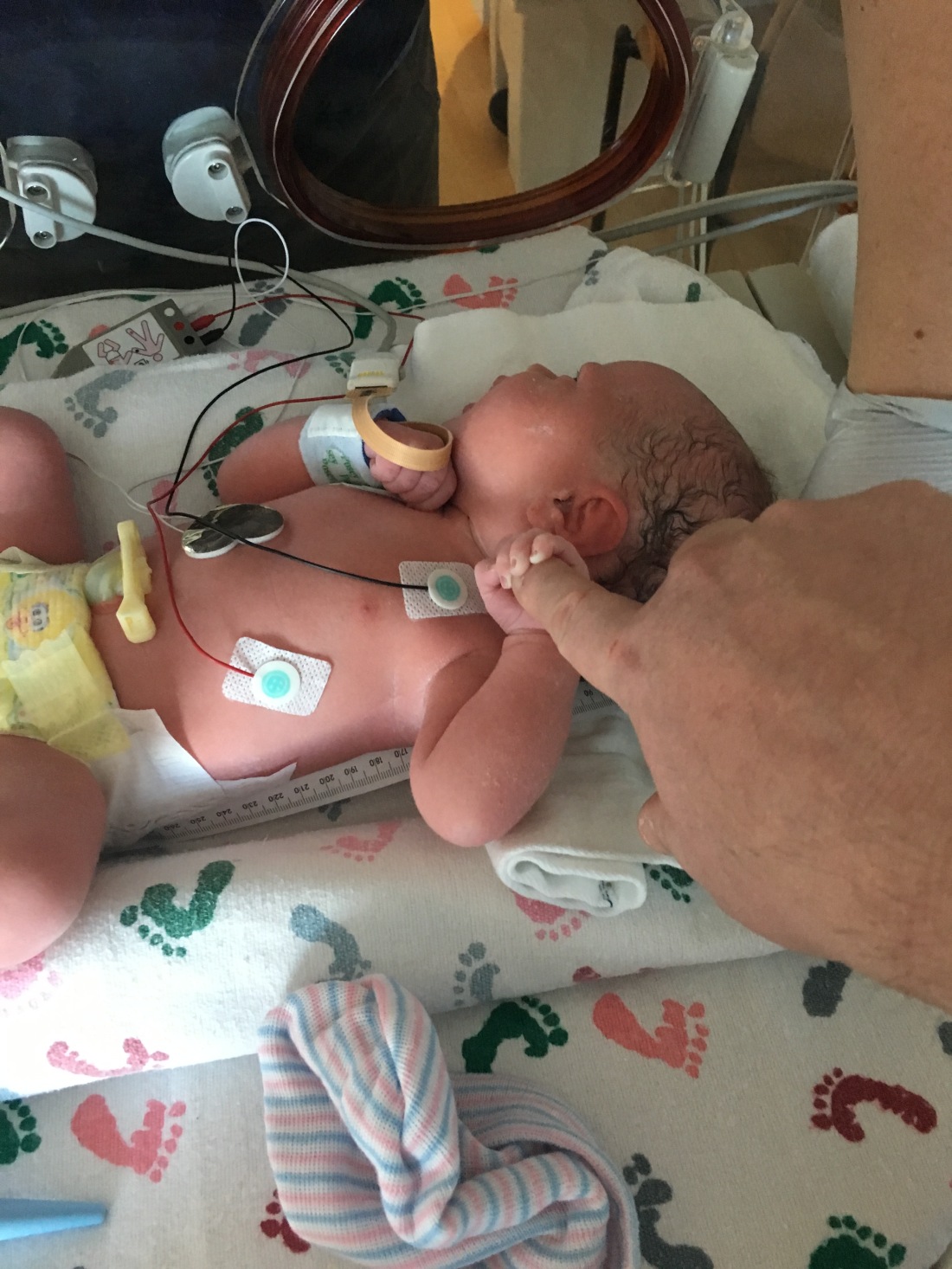 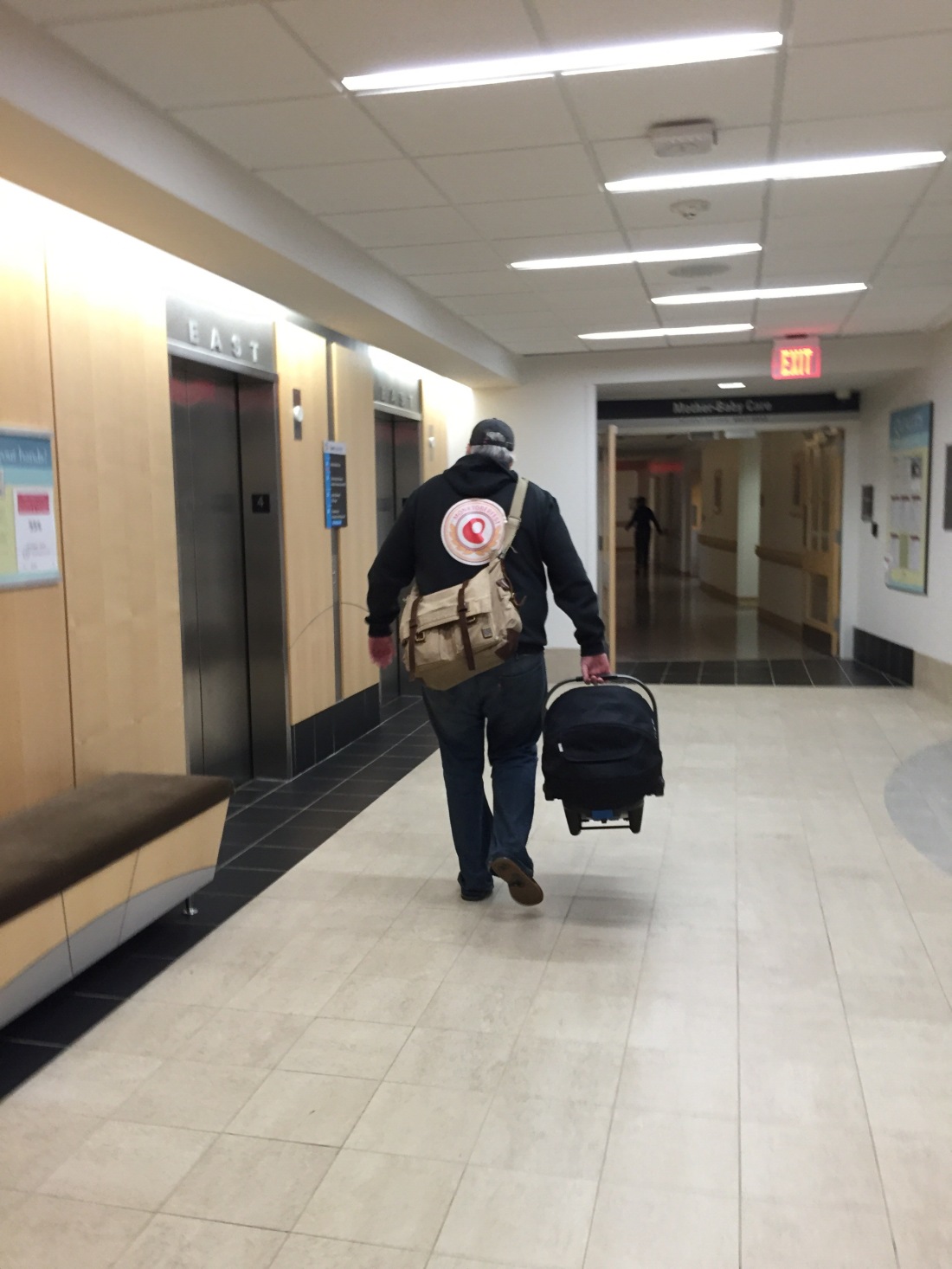 The O’Grady Family heads home for the first time. 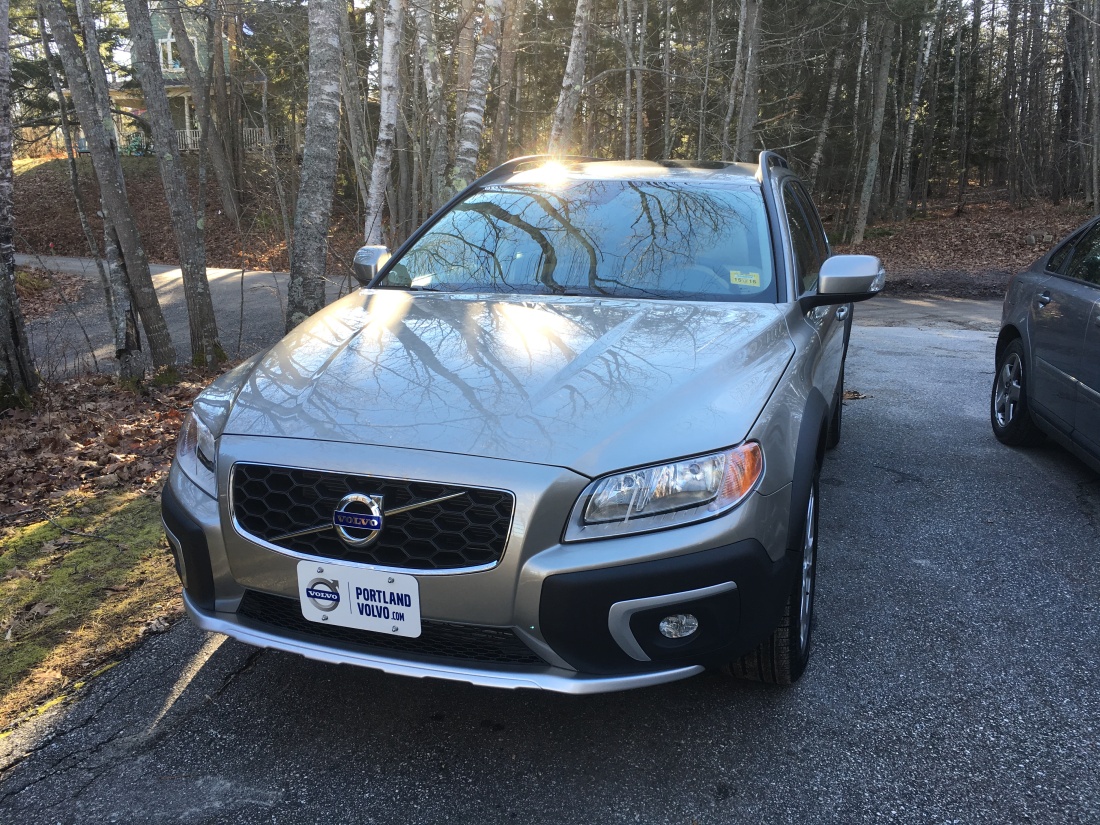 Kate got a new baby-friendly ride. 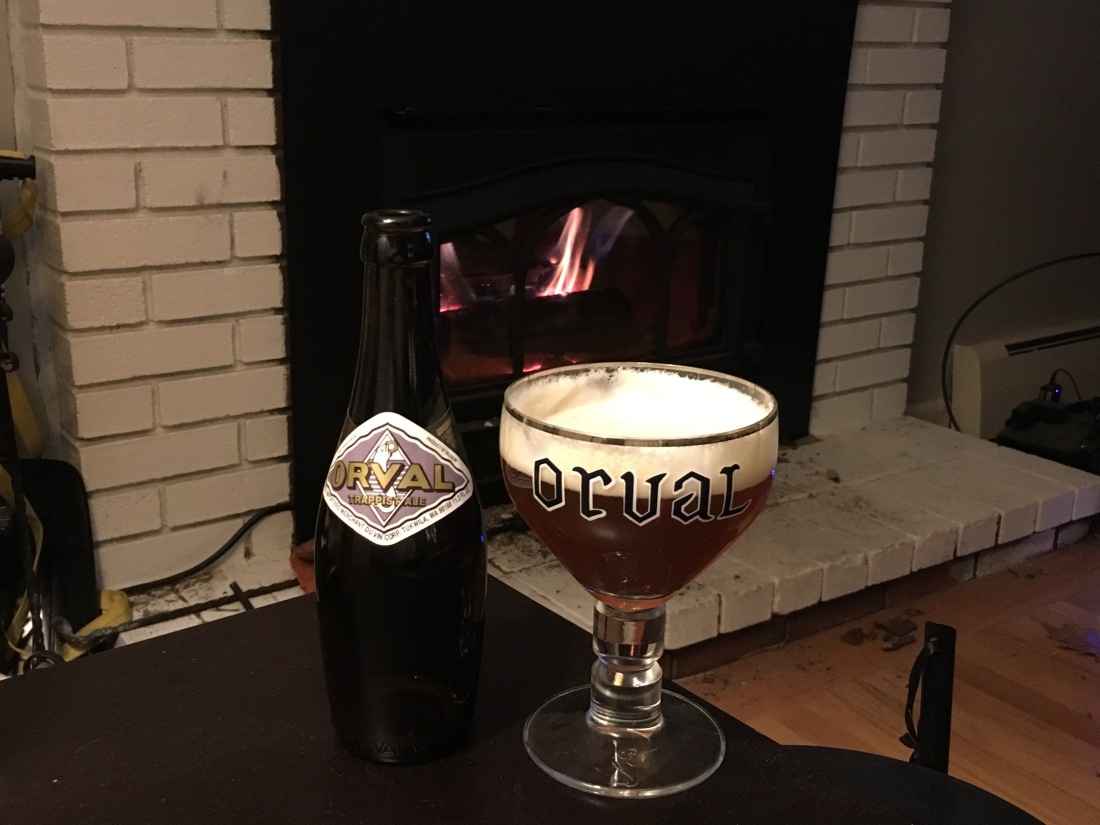 New Year’s Eve was a little quieter this year for some reason.

From other similar year end accounts, I  know many of you had up and down 2015’s as well. Here’s hoping the new year treats us all well.