If for no other reason than as a concise summary for my future self, it’s time for my now annual tradition of a wrap up post. As with last year’s edition, I’ll walk through the events of the calendar year via pictures along with the occasional tweet or screenshot. I write less words that way, which is less words for you to read. A win/win, in other words.

Like most years, 2014 was a year with some good and some bad. But just as my grandfather used to get up every morning and commit to having a good day, I try to think of every year as a good year – speed bumps and travel disasters notwithstanding.

Before we get to the pictures, a quick look at some of the data that describes my 2014.

Room for improvement, clearly. But as it can be measured, it can theoretically be managed. In the meantime, a few other tidbits courtesy of Cemre’s TripIt Year in Review tool and Openflights.org. 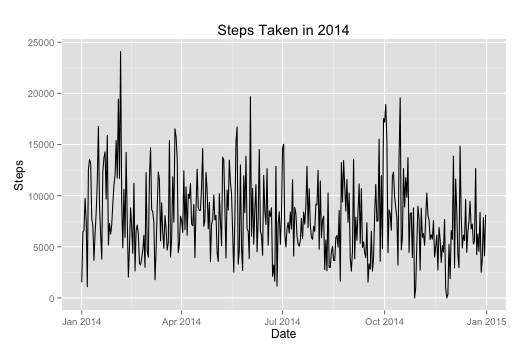 The New Year welcomed us with a not-Buffalo-bad-but-still-not-awesome blizzard.

Which in turn caused me to miss my first flight of the year, and my first professional engagement ever.

Our basement, whose flooding problem we thought had been addressed via the addition of gutters, flooded.

On the anniversary of our first date, Kate and I returned to the scene of the crime.

With Corey’s help, finally sheetrocked over the area where we’d ripped out two closets. Felt like revenge after the debris from the removed closets sent me to the hospital the previous summer.

James made us proud, as always, at the Monki Gras. Completely off the hook.

When in Brussels and not at FOSDEM, this is probably where you’ll find me.

Shawn, Ryan and Corey joined Joe, Kate and I in Brussels. Hearts was played, Cantillon drunk.

Post-FOSDEM, we took the train up to Amsterdam. Can’t believe no one told me what a beautiful city it was before.

While in Amsterdam, on the recommendation of our friend Ryan Travers, we hit the Arendsnest. When he recommends something, you just go.

Back in Brussels, we all hit the Cantillon brewery. Consciously antiquated, very little has changed about how Cantillon is brewed.

Took the train down to Paris for the day. This was the high day for me on the year at over 23,000 steps walked.

Oh, the Eiffel Tower is scary as hell in high winds, just FYI.

More water in the basement. The best part about sopping it up? It’s basically near freezing in temperature.

While stripping faux-wood paneling in our basement, some of the glue used to attach it suggested that the previous homeowner and their contractor may have had a slight dispute.

Flooding. Again. I couldn’t figure out at first why a shop-vac full of water was so heavy, even at 8.34 pounds per gallon. As far as I could tell, it was a 6 gallon vac.

Turns out it was a 6 horsepower vac: the capacity was actually 14 gallons. Which explained a lot about why my back hurt so much.

Replaced an old, rotted out section of drywall in our beer cellar, insulating it in the process to protect our most important investments.

Our friends Devin and Rachel came up to help celebrate St Patrick’s Day.

Furnace had some problems, and we discovered as part of the fix that it was 22 years older than our inspection claimed. Good times.

In Denver for work, got a firsthand look at my BFF’s new kegorator set up.

Visited New Orleans for the first time in years with Alex, Corey, Devin and Joe. The city welcomed Alex with his very own brass band parade.

Had the house energy audited. Turns out our attic had about half as much insulation as our inspection had suggested. The silver lining was that having that corrected by professionals was close enough – ~$2100 vs ~$1700 – to the DIY cost that I didn’t have to do it myself.

Helped my parents clean out my Grandmother’s house in Rockport, MA, as a preparation for its sale. The house has been in the family for around a hundred years.

First Seadogs game of the year. Ended up as a 9-8 loss for the good guys, but I got to see Blake Swihart play and the club went on to set a record for wins.

after six scary days, our house is once more under her protection: pic.twitter.com/5Uf6QgRmJ0

After a routine checkup and despite being entirely asymptomatic, Azrael was diagnosed with hyperthyroidism. The good news is that it’s eminently curable. The bad news is that the radioactive iodine treatment is exorbitantly expensive, assuming you don’t want to shove pills down your cat’s throat for the rest of its life.

For me – and bless her, Kate as well – pets are family and you do what you have to do for family. So after being injected with radioactive material and isolated for six days until the half-life of the material rendered her safe, we brought her home. She’s been her usual insane but loving self since.

First dinner of the season at the Osprey – which is now managed by our friend Tiff.

Bought a bike based on the Wirecutter’s recommendation. At better than ninety minutes from our house to the office, it’s not exactly a daily commuting option but the planned Freeport-Portland bus service will hopefully change that.

Hit Fenway for the first time in 2014. The result…could have been better.

i have to be honest: getting no hit wasn't exactly what i had in mind for my first fenway appearance of 2014

For the record, however, Stephen Drew broke up Arrieta’s no hitter with an eighth inning single.

While in San Jose for work, paid a visit to the Winchester Mystery House. A little touristy, but just as strange as advertised.

…French drain. Remember all the water in the basement? This is our (theoretical) solution.

First camping trip of the season. The good news is that it was easy to “hike in” the gear. The bad news is that that was because we were effectively “camping” in a parking lot.

The two weeks Kate and I spent in Chamberlain were easily the best vacation I’ve had since our Honeymoon on Nantucket. Waking up to waves crashing outside the window, no TV or internet, and, perhaps most importantly, nothing to do. Last summer was spent being sliced up by construction debris and with shards of tile in my hair; the summer of 2014 was spent on this porch, with this view, with a book in one hand and an Oxbow in the other. Not too bad.

While in Chamberlain, visited the Owl’s Head Transportation Museum. Highly recommend if you like antique planes, classic cars or fine engineering in general.

Took the ferry out to Monhegan Island with my in-laws. The highest compliment I can pay to Monhegan is to say that if it was more practical to live out there, I would.

Put the finishing touches on the French drain.

Annual pilgrimage to Houston Brook Falls. Had to share it with two families, but they were too scared to swim under the waterfall, which left it for me.

Visited our friends Ryan and Leigh at Of Love & Regret down in Baltimore. If you enjoyed the Monktoberfest, this trip was a big reason why.

Second camping trip of the season. Once you got to the campsite, the location was phenomenal. Problem was getting there.

Probably didn’t help that we had to hike in a sixtel of Classique, jockey box and forty pounds of ice.

Fourth annual Monktoberfest. The response was humbling, as always.

Private house show by Liz Longley with Alex, Caitlin, Corey, Devin, Heather, Joe, Kate, Rachel and Tess. Never been to a house show before, and only recently became aware of them as a thing. Great way to listen to music.

Goods from the Woods. One of the highlights of Fall every year.

Oxbow’s new Blending & Bottling venue opened in Portland. That’s good. The even better news is that they opened a quarter mile from RedMonk HQ.

Some Williams alums might question the wisdom of marrying a Middlebury girl. Those alums probably are not aware that Allagash founder Rob Tod is also a Middlebury alum, and hosts a Middlebury alumni (and spouses)-only tasting and tour at the brewery.

Survived our annual trip to the Nutcracker, with a little help from the makers of Bulleit. Great to have special guests Devin and Rachel along this year.

A few people in Denver were surprised that Kate and I flew out just to help celebrate my best friend Andrew’s 40th birthday. Their surprise, in turn, surprised me.

For the better part of two decades, he has been my best friend. We’ve had a lot of fun together. He and my brother were my wedding party. We won three national beer pong championships as partners. And he has been a surprise visitor for god knows how many of my own birthdays these past few years, as he and my wife conspired to sneak him out from Denver (you’d think that after a year or two of these I’d pick up on the patterns, but not so much).

He’s also been with me for a lot of low moments in my life. Being unexpectedly laid off. Being dumped. Having my apartment sold out from under, leaving me temporarily homeless. Or, during one particularly unfortunate stretch, having all three of those happen at once.

As I’ve gotten older, I’ve come to understand that not everyone has a friend like Andrew. That they’re exceedingly rare, in fact. I feel bad for those who don’t, because it’s worth more than I can say.

So yes, I was in Denver for his 40th birthday. Happy birthday, old friend.

Having already invested in home automation equipment from companies like Nest and Sonos, the buildout continued with the installation of a Belkin WeMo switch (Christmas present) that controls our front door light. Coupled with IFTTT, the light is programmed to, among other things, turn itself on at sunset so that when we arrive home at night, we no longer have to use our cellphones as flashlights to pick out the right house key.

We’re probably one or two more IoT gadgets away from the house talking like Pierce Brosnan.

Welcomed in the New Year hosting friends from out of town with a fire, champagne and the champagne of beers. And the odd Curieux or two, naturally. Here’s to 2015.

View all posts by sog