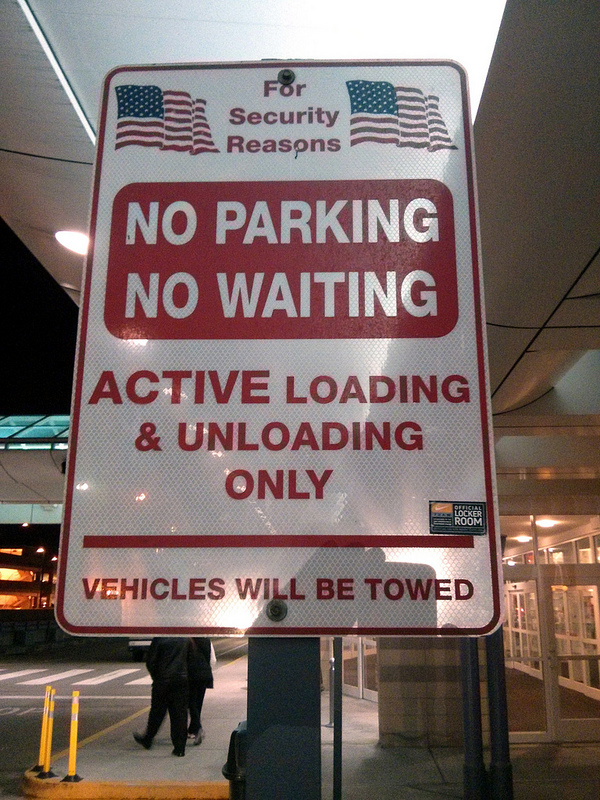 As much as I travel today, in the fall of 2001, I was traveling more. Every week of every month. The only saving grace was that in those days I could get up at 5:10 in South Boston and still make the 6 AM flight out of Logan to Chicago. After the events of September 11th, of course, that became impossible, because air travel changed. Because the country around it changed.

Anyone who has had to choose between being virtually strip searched or subjected to what the TSA calls an “enhanced pat-down,” which is everyone who’s been on a plane since 2007, is aware of this. And if they didn’t think the country had changed before, most Americans do today after the revelations of the former NSA contractor, Edward Snowden.

Whatever you may think about his claims, assuming you care enough to give them more than cursory consideration, it is clear that the depth of the NSA’s local signals intercept is far deeper than the average citizen realized. Shock and surprise, therefore, are logical reactions. The accompanying outrage, however, is misplaced – for Americans, anyway. What our government has created, after all, is nothing more or less than what we the people asked for. We told the government we were frightened, and rewarded those politicians who appealed to our fears. And so they’ve built the security apparatus to, theoretically at least, keep us safe. Never mind that it can never actually hope to accomplish that goal, and never mind that mission creep will inevitably result in surveillance systems employed for tasks well beyond what was originally intended. We’re getting what we demanded, and therefore, what we deserve.

It has been a long time since “The only thing we have to fear is fear itself,” so the idea that Post-9/11 America is different than Pre-9/11 America is likely uncontroversial. Pre-9/11, machines that virtually strip-searched everyone wishing to board an aircraft would have been absolutely unthinkable. After, we as a country we put our heads down, assumed the position and accepted the indignity. Because terrorism, apparently. We’re soft these days. Or, as one writer colorfully put it, the days before 9/11 were the days “before a handful of religious-gibberish-spouting Middle Eastern whackjobs somehow managed to transform the most powerful nation on earth into an asylum full of cringing, paranoid pants-wetters.”

Maybe it’s because 20th century conflicts have been fought on foreign shores. Maybe it’s because the end of the draft and transition to an all volunteer military has eliminated the harsh realities of combat for many. Maybe it was the ubiquity of media, which means that in the words of John D MacDonald, “everybody knows everything too fast and too often and too many times.” Maybe it’s all of the above, or maybe it’s something different. The cause for America’s fractured psyche could be debated indefinitely, but ultimately the discussion would be academic. What cannot be argued is that we are collectively afraid, and that the direction of this country changed that day as a result.

The only important question remaining is whether that change is permanent.

In the wake of the widening and ongoing scandal regarding NSA surveillance, critics of the Obama administration have focused on what they perceive to be contradictions between the positions of Barack Obama, US Senator and Barack Obama, US President. Even if we assume that the critics are entirely correct, that President Obama abandoned Senator Obama’s resistance to monitoring, the explanation for this seems straightforward. The President does not have to have consciously misrepresented himself in an effort to pander to the electorate, though that is certainly possible. An explanation does not even require the President to be hopelessly corrupted by the power afforded by total surveillance, though that is obviously the risk of such systems.

The simplest explanation for the administration’s defense of what is inarguably a massively extensive wiretapping and surveillance program is that it’s saving lives, just as they claim. With even the most superficial access, it would be impossible for the system not to prevent some attacks. Consider the security briefings and intelligence the incoming President is elevated to, and consider the difference in accountability – and thus political liability – between Senator and President. Expecting a sitting chief executive to not leverage tools that are protecting the country, and thereby their career, is unrealistic. Which is why the situation today is ultimately our fault, and our responsibility.

In the aftermath of 9/11, our behaviors – particularly in foreign policy and domestic security – were driven by the terror successfully triggered in us by that attack. Which means, of course, that the terrorists won. The Department of Homeland Security, as one example, owes its existence to our shared anxiety. Biology teaches us that fear and its physiological byproducts like adrenaline, while evolutionarily useful, rarely lend themselves to intelligent decision making. Consequently, many of the decisions made in the aftermath look foolish in retrospect. Or would if we could admit it. But we are still scared, even if there is no profit in it. As the novelist William Gibson put it:

Are you really so scared of terrorists that you’ll dismantle the structures that made America what it is? If you are, you let the terrorist win. Because that is, specifically, his goal, his only goal: to frighten you into surrendering the rule of law. That’s why they call him ‘terrorist.’ He uses terrifying threats to induce you to degrade your own society. It’s based on the same glitch in psychology that allows people to believe they can win the lottery. Statistically, almost nobody ever wins the lottery. Statistically, terrorist attacks almost never happen.

Government agencies today, from the FBI to the NSA to the TSA, are increasingly built to protect us from terrorists, to try and beat the terrorists at their own game. The problem with this strategy is that the game is rigged, and the only winner can be terrorists. If they strike a target successfully, people are scared, over-react to the attack, and they win. If they fail to strike a target publicly, people are still scared, still over-react to the attempt, and they win. If they fail privately, our intelligence agencies react to the attempt, use it to justify systems like PRISM or infrastructure like the TSA’s strip search machines, and the terrorists win. In every case, the primary casualties are not people – terrorists kill several orders of magnitude fewer people than car crashes – but our civil liberties. To keep the country “safe,” we’re making it less free. And less like America.

In reacting to the original stories in the Guardian and the Washington Post regarding the NSA monitoring, President Obama said “I think it’s important to recognize that you can’t have 100 percent security and also then have 100 percent privacy and zero inconvenience.” Which is a more or less true statement. It’s impossible to make the case that the United States – or any other nation, for that matter – would have perfect security even with zero privacy, simply because the attack surfaces today are too large. No country on earth can protect its networks, its infrastructure and its people with zero vulnerabilities. But it is certainly true, as the President implied, that security and privacy are frequently at odds.

The interesting thing about President Obama’s reaction, however, was that he didn’t stop there. He went on to say that “We’re going to have to make some choices as a society.” On that point, he is exactly correct.

We’ve made the wrong choices so far, but they don’t have to be permanent. As Lincoln said, it’s about public sentiment. If we want this to be the land of the free and the home of the brave again, we simply need to stop telling our government how terrified we are all the time, and that trading our liberty for a little security is not what being an American is about. There are, fortunately, signs of hope.

If we don’t, if we still insist on cowering from the terrorist bogeyman, we’ll continue to get what exactly we deserve: PRISM and its inevitably more intrusive successors.